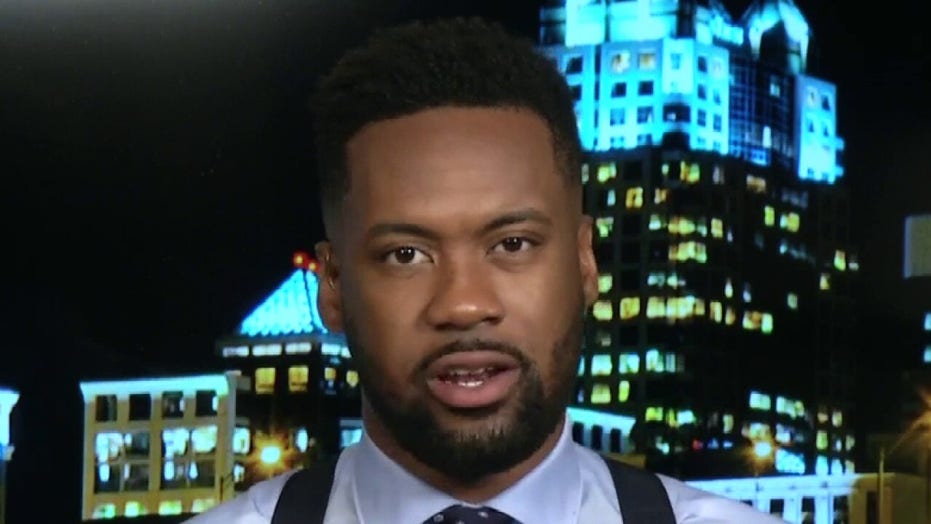 Dems 'made calculated effort' by focusing on healthcare during Barrett hearing: Jones

The reason health care is 'at the top of the list' during Amy Coney Barrett's Supreme Court confirmation hearing is because 'we're in the middle of a pandemic,' Fox Nation host Lawrence Jones says.

A mobile home with signs supporting President Trump and one of his most outspoken Capitol Hill allies, Rep. Devin Nunes, R-Calif., was set on fire over the weekend, the second such case in less than two weeks.

Police, who arrived on the scene shortly after 10 p.m. Sunday to find bales of hay going up in flames, are investigating the case as arson, according to a statement from the Tulare County Sheriff’s Office.

Nunes, who is seeking reelection in California's 22nd congressional district, represents swaths of Tulare and Fresno counties as well as the cities of Tulare, Visalia, and Clovis. The area is situated roughly midway between San Francisco and Los Angeles.

The House Intelligence Committee chairman said the incident amounts to "voter suppression and intimidation in motion."

Pollsters expect the region to lean red, and Trump clinched voters in the area by nearly 10 percentage points in 2016 in an upset victory over Democratic rival Hillary Clinton.

The attack comes amid ongoing Democratic complaints that Trump and Republicans are trying to tilt the election in their favor by limiting mail-in ballots during the COVID-19 pandemic. The president, for his part, has argued Democrats are trying to manipulate mail ballots to steal the election.