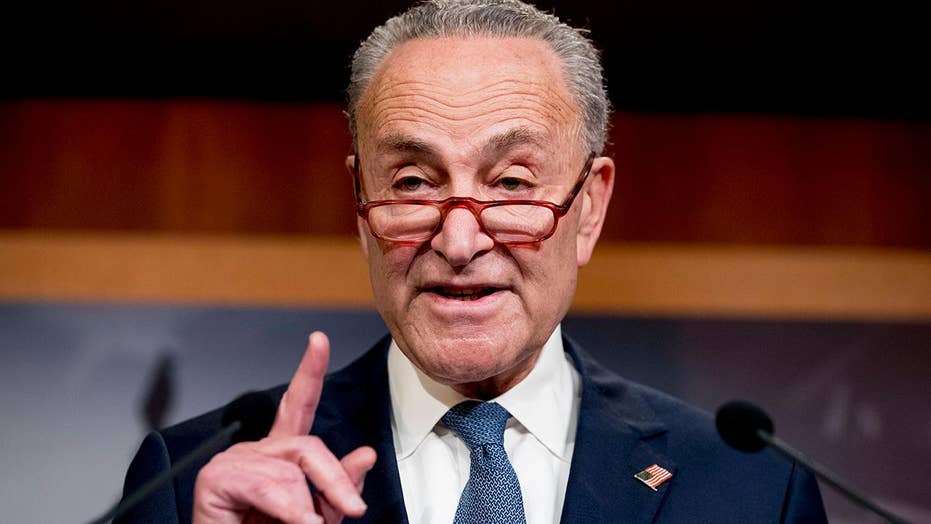 Schumer doubles down on demand for witnesses during Senate impeachment trial

Following a bombshell report by Just Security that revealed the aid to Ukraine was held up at the behest of the president and his senior staff, Senate Minority Leader Chuck Schumer, D-N.Y., and House Intelligence Committee Chairman Adam Schiff, D-Calif., -- in separate press releases – lambasted Trump and White House efforts to conceal the documents and prevent certain current and former staffers from testifying in front of Congress.

“As part of our impeachment inquiry, the House subpoenaed these very documents,” Schiff said in a statement. “From their deeply incriminating character, we can now see why they were concealed: They directly corroborate witnesses who testified that military aid to Ukraine was withheld at the direction of the president and that the White House was informed doing so may violate the law. The administration did not want Congress to find out why."

He added: “The disclosure of these incriminating documents reinforces the need for all of these materials to be produced, and that a fair trial in the Senate cannot take place without them.”

The aid to Ukraine was eventually released in September without the country agreeing to any conditions. But Democrats have still argued that Trump was attempting to leverage the aid in return for investigations that could benefit him, including relating to Democratic presidential candidate Joe Biden and his son Hunter.

Those allegations were at the center of the effort to impeach Trump in December.

The new report comes as the Senate gears up for Trump’s impeachment trial, which could begin sometime later this month. Republicans and Democrats have been at odds with one another over details of the trials – particularly what evidence will be brought forward and what, if any, witnesses will testify.

“The newly-revealed unredacted emails are a devastating blow to Senator McConnell’s push to have a trial without the documents and witnesses we’ve requested,” Schumer said in his statement. “These emails further expose the serious concerns raised by Trump administration officials about the propriety and legality of the president’s decision to cut off aid to Ukraine to benefit himself.”

One of the witnesses whom Senate Democrats want to testify, associate director of national security programs at the Office of Management and Budget (OMB) Michael Duffey, is quoted telling a Pentagon official that there is “[c]lear direction from POTUS to continue to hold” the aid to Ukraine.

“This new evidence also raises questions that can only be answered by having the key Trump administration officials—Mick Mulvaney, John Bolton, Michael Duffey and Robert Blair—testify under oath in a Senate trial,” Schumer said.

He added: “Importantly, that Mr. Duffey said there was ‘clear direction from POTUS to continue to hold’ only further implicates President Trump and underscores the need for the Senate to subpoena the witnesses and documents we’ve requested at the onset of a trial.”

Trump has repeatedly denied the allegations that he did anything improper through his dealings with the country, dismissively referring to the impeachment on Thursday as the "Ukraine Hoax."