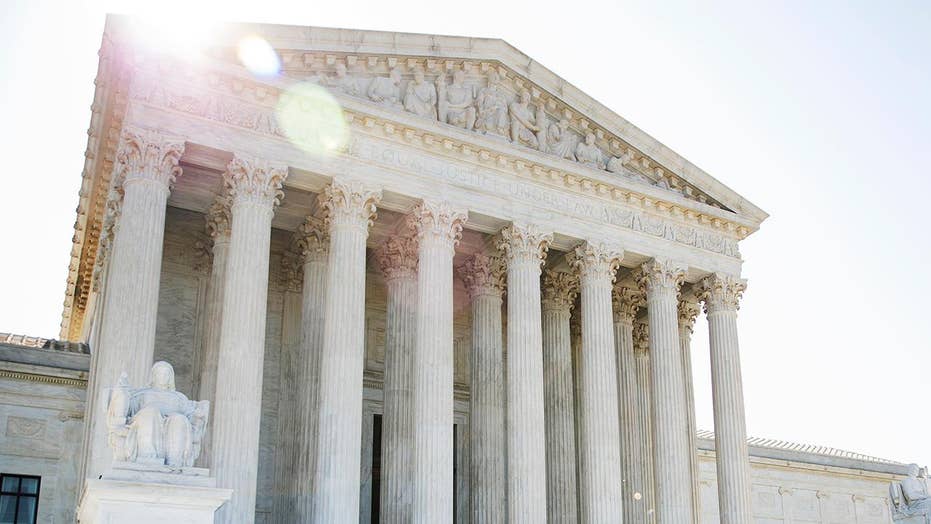 The Supreme Court in 2010 ruled in the Citizens United case that laws that limited corporations and unions from using their cash for political ads violated the First Amendment; Mark Meredith reports.

Senate Democrats led by Tom Udall, D-N.M., and Minority Leader Chuck Schumer, D-N.Y., rallied in front of the U.S. Supreme Court building on Tuesday to announce their plans to introduce an amendment to the Constitution aimed at drastically altering the landscape of political contributions.

The Democracy for All Amendment, to be introduced by Udall, would allow federal and state governments to set restrictions on fundraising and spending for the purpose of influencing elections. Its goal is to effectively overturn the Supreme Court’s decision in Citizens United v. Federal Elections Commission, which held that political spending is a type of speech and that corporations and other organizations enjoy First Amendment protection just as people do, as long as their money does not go directly to campaigns.

“Corporations are not people, and your net worth shouldn't determine your right to free speech,” Udall said.

“People say they want to get rid of the swamp, Citizens United is the embodiment of the swamp,” Schumer added. “It’s a decision done for the rich and powerful, it has no basis in constitutional law … we will stop it, we must stop it, our democracy depends on it ” he added.

Udall previously introduced the amendment in 2015. In order for it to become part of the Constitution, it must receive a two-thirds vote in both the House and Senate, and be ratified by at least 38 states.

“We have a broken campaign finance system that lets billionaires and corporations exercise outsized influence in our elections, all while hiding in the shadows," Heinrich said in a statement. "This bill helps restore public confidence in congressional elections that currently force candidates to constantly chase money for their campaign coffers. Our electoral process should be fair and open, and the results should ensure every citizen has an equal voice in our democracy.”