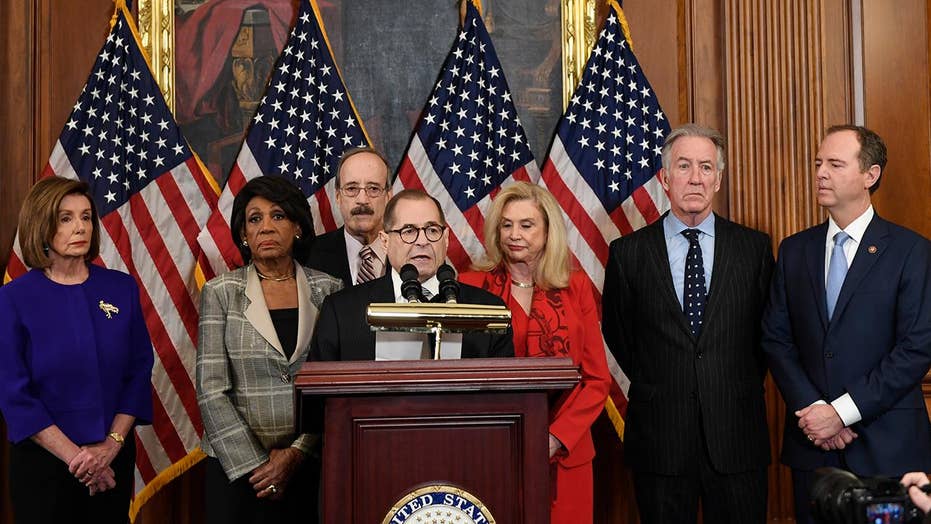 Rep. Jerry Nadler, joined by Speaker Nancy Pelosi and House committee chairs, unveils abuse of power and obstruction of Congress articles of impeachment against President Trump in a press conference.

House Democrats on Tuesday introduced two articles of impeachment against President Trump alleging abuse of power and obstruction of Congress regarding his interactions with Ukraine, touching off a rapid-fire sequence that could result in a momentous floor vote in a matter of days.

“The framers of the Constitution prescribed a clear remedy for presidents who so violate their oath of office,” said House Judiciary Committee Chairman Jerry Nadler, D-N.Y. "No one, not even the president, is above the law.”

His office later posted text of the articles, which declare Trump's actions warrant impeachment, trial and removal from office.

The White House swiftly hit back, accusing Democrats of using the Ukraine issue as an excuse for "this partisan, gratuitous, and pathetic attempt to overthrow the Trump Administration and the results of the 2016 election."

"Other countries admire us because we believe in the rule of law, we believe in due process. But not in Nancy Pelosi's House when she became speaker," he said.

The key Democratic committee leaders, along with House Speaker Nancy Pelosi, D-Calif., outlined their impeachment plans in a brief and pointed statement to the media early Tuesday morning, and left without taking questions.

Nadler previewed two articles "charging the president with high crimes and misdemeanors." He said the first is dedicated to "abuse of power," alleging the president has "exercised the powers of his office for his personal benefit while ignoring or injuring the public interest." Nadler said Trump put himself before country while endangering national security and America's democracy. 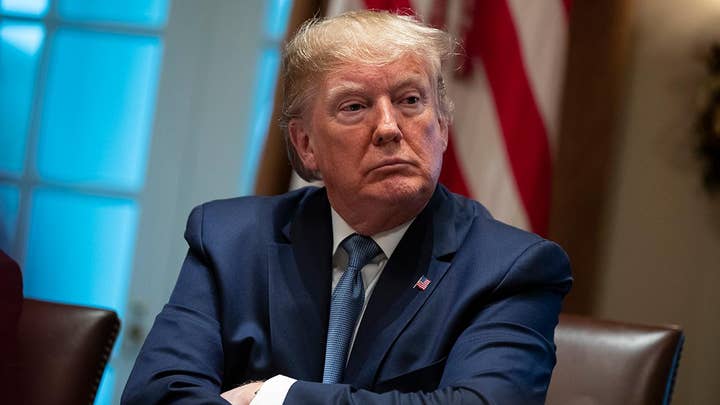 "Trump has engaged in unprecedented, categorical, and indiscriminate defiance of the impeachment inquiry," Nadler added, as he announced the second article focused on obstruction of Congress.

The article text posted by his office reflected these statements, while alleging in stark terms that Trump "has demonstrated that he will remain a threat to the Constitution if allowed to remain in office, and has acted in a manner grossly incompatible with self-governance and the rule of law."

House Intelligence Committee Chairman Adam Schiff, D-Calif., who has led much of the inquiry, called impeachment "an extraordinary remedy."

"He has given us no choice," Schiff said of Trump. "To do nothing would make ourselves complicit in the president's abuse of his high office."

Trump fired back minutes later, blasting the entire inquiry as a "WITCH HUNT!" -- the same term he used for the Russia investigation.

"Nadler just said that I 'pressured Ukraine to interfere in our 2020 Election.' Ridiculous, and he knows that is not true. Both the President & Foreign Minister of Ukraine said, many times, that there 'WAS NO PRESSURE.' Nadler and the Dems know this, but refuse to acknowledge!" Trump tweeted.

White House Press Secretary Stephanie Grisham slammed the announcement as part of Democrats' bid to "overturn the votes" of 63 million Americans who supported Trump in 2016.

"Today, in a baseless and partisan attempt to undermine a sitting President, Speaker Pelosi and House Democrats announced the pre-determined outcome of their sham impeachment – something they have been seeking since before President Trump was inaugurated," she said in a statement.

While Republicans have blasted the process as partisan, dubbing it the "focus group impeachment" in response to reports that Democrats tested different allegations with focus groups, Democrats are moving swiftly ahead of the holiday break. 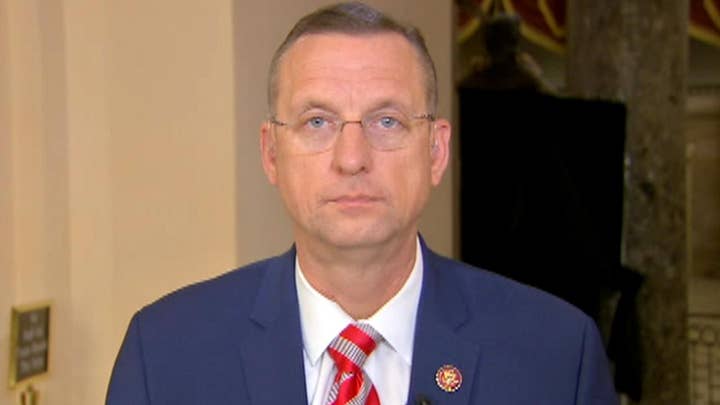 "The clock and the calendar should not be the basis for impeachment," House Judiciary Ranking Member Doug Collins, R-Ga., told Fox News' "America's Newsroom" minutes before the announcement.

It is unclear, at this point, whether Democrats’ articles focused on abuse of power and obstruction of Congress could be modified to reach beyond the Ukraine controversy and into former Special Counsel Robert Mueller’s investigation. The lawmakers did not mention such a step on Tuesday morning save for a Russia reference from Nadler, despite pressure from some Democrats to link the two.

"The integrity of our next election is at risk from our president who already sought foreign interference in the 2016 and now 2020 elections," Nadler said.

Mueller found no evidence of conspiracy or coordination between members of the Trump campaign and Russia during the 2016 presidential election but left the door open to whether the president obstructed the federal probe -- a point that Democrats have made in the public hearing phase of the House impeachment inquiry.

Absent from the planned charges is a “bribery” count, which Democrats have repeatedly accused the president of in regards to his highly controversial July 25 phone call with Ukrainian President Volodymyr Zelensky -- in which he pressured him to launch an investigation into former Vice President Joe Biden and his son Hunter’s dealings with Ukraine.

Pelosi held a meeting in her office Monday night with the chairs of the key committees involved in the inquiry after a hearing held by Nadler’s panel that featured lawyers laying out the evidence for and against impeachment.

In drafting the articles of impeachment, Pelosi is facing a legal and political challenge of balancing the views of her majority while hitting the Constitution's high bar of "treason, bribery or other high crimes and misdemeanors."

At the center of the impeachment inquiry is Trump’s efforts to press Zelensky to launch politically related investigations—regarding Joe Biden's effort to oust a Ukrainian prosecutor who had been looking into the natural gas firm where his son Hunter served on the board.

The president’s request came after millions in U.S. military aid to Ukraine had been frozen, which Democrats have argued shows a “quid pro quo” arrangement. Trump has denied any wrongdoing.

The impeachment articles unveiled Tuesday accuse Trump of "soliciting the interference of a foreign government" and doing so for "corrupt purposes," explicitly accusing him of conditioning two official acts -- releasing the foreign aid and holding a White House meeting with Zelensky -- on the announcement of an investigation. The aid was eventually released without such an announcement from Ukraine's president.