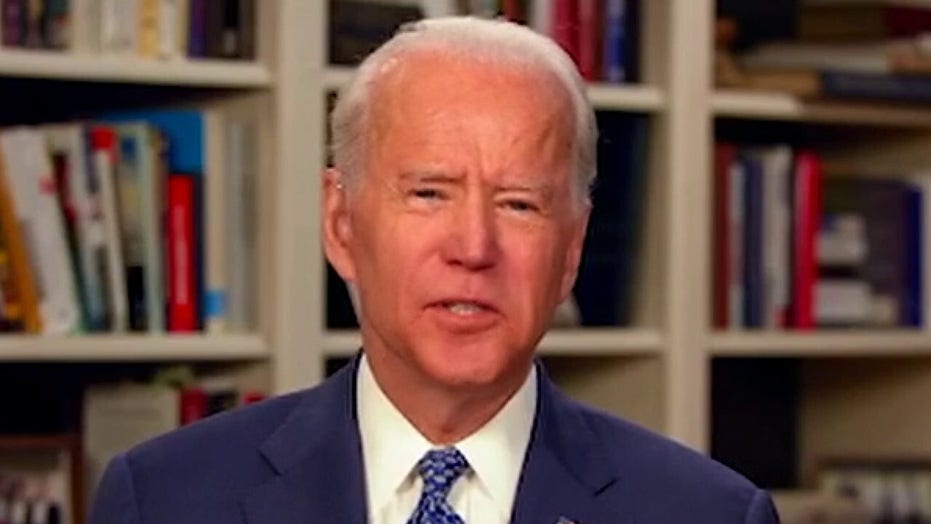 A powerful Democratic National Committee panel voted unanimously Tuesday to give the team planning the party’s national nominating convention the power to limit the scope of that quadrennial gathering due to the coronavirus pandemic.

The vote by the DNC’s Rules and Bylaws Committee is the first step toward possibly changing how the convention – scheduled for the week of Aug. 17 in Milwaukee, Wis., – is held and could open the door to potential virtual voting by the thousands of delegates taking part in the gathering.

“The purpose of this is to say OK, we don’t know where we’re going to be in August so let’s give the planning committee the authority and the flexibility to do what needs to be done so that we have a process that makes sense at that time,” veteran Rules and Bylaws Committee member Kathy Sullivan told Fox News on Tuesday.

“When we passed the rules, none of us expected a coronavirus to do what it’s done,” added Sullivan, a longtime DNC committee member and former New Hampshire Democratic Party chairman.

The rule change now has to be approved by a majority of the DNC’s approximately 450 members.

Joe Solmonese, the CEO of the Democratic National Convention Committee (DNCC), said in a statement prior to the vote that the “resolution provides our team with increased flexibility to adjust our plans, ensure that every delegate is able to accomplish their official business without putting their own health at risk, and enables us to chart the most appropriate course forward as we work to launch our nominee to victory in November."

The resolution empowers the convention committee to make changes to the format, size and date of the convention in order to safely conduct the massive gathering – and to “streamline Convention proceedings and provide maximum flexibility in light of the pandemic" by making alterations to the rules governing the convention.

Katie Peters, the DNCC’s communications director, told Fox News that “protecting the health and well-being of our host community in Wisconsin and everyone involved with the convention will drive every decision our team makes. As we closely monitor the impact this pandemic is having on our county, we'll continue to follow the guidance of public health experts and adjust our plans for August accordingly to ensure that we're able to deliver a safe and successful convention."

The Democrats’ convention was originally scheduled to be held in mid-July. But in early April – as pandemic swept the nation, forcing social distancing to prevent the spread of the virus and scrapping any large gatherings of people – party leaders pushed back the date of the convention a month.

The DNC’s event now is scheduled to be held the week before the Republican National Committee holds its convention in Charlotte, N.C. “We are fully committed to an in-person event in August,” a GOP convention official told Fox News last week. “We’re forging ahead as originally planned.”

The DNC’s Rules and Bylaws Committee also voted on Tuesday to issue waivers to five states that postponed their Democratic presidential primaries – due to health concerns amid the coronavirus outbreak – past the original window set by the DNC to hold nominating contests.