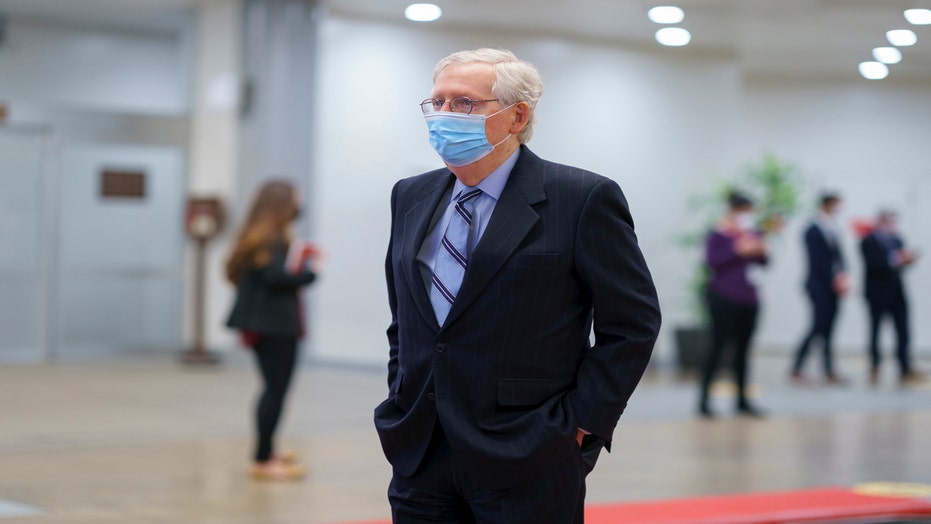 Democrats have framed H.R.1 (a.k.a. the "For the People Act") and accompanying Senate legislation, S.1, as key voting rights legislation aimed at increasing access to the polls and curbing corruption.

"The Supreme Court has long recognized that forced disclosure can frighten people away from speaking. … We think that’s what’s intentional, that’s what the sponsors of this bill hope to happen," said Smith, who is now the chairman of the Institute of Free Speech. "It should be none of the government's business."

"Many of these provisions violate the First Amendment, protect incumbents, and reduce the accountability of politicians to the public; its onerous disclosure requirements for nonprofit organizations would subject their members and donors to intimidation and harassment—the modern equivalent of the type of disclosure requirements the U.S. Supreme Court in NAACP v. Alabama (1958) held violated associational rights protected by the Fourteenth Amendment."

Even the liberal American Civil Liberties Union has criticized H.R. 1, calling provisions of the law requiring the disclosure of certain donors "onerous and dangerous," PolitiFact noted.

"It would require a lot more filing of reports, which is in itself burdensome. Of course, a lot of donors don’t want to be exposed to that particularly, in our current blacklist culture," Smith said, explaning that the bill could affect even small donors.

"One of the reasons people give to groups rather than speak themselves is for the protection it gives," he said. "What views will we hear if people decide 'It’s too dangerous for my business?'"

Smith warned that the legislation would affect ads not just supporting or opposing candidates but also weighing in on specific legislation or judicial nominees.

"It also has a provision, when you made these kinds of ads, to declare whether you’re supporting or not a particular candidate. … What if you support neither?" Smith said, adding that that constitutes "forced speech."

The legislation could affect all stripes of groups, not just political ones, Smith said.

"Under existing law, if a civic group, trade association, union, nonprofit, or any other type of organization wants to spend money to discuss candidates and issues, it is regulated as a coordinated expenditure only if it meets both 'content' and 'conduct' standards," Smith wrote in a policy brief on H.R. 1.

"This radical new coordination standard would be interpreted and enforced by a revamped FEC, which for the first time would be under partisan control of the president. If the FEC decides that certain communications are 'coordinated,' the agency could impose hefty fines on the organization."

H.R. 1 passed the House of Representatives 220-210 earlier in March. The Senate version of the bill is currently making its way through the upper chamber.

Senate Minority Leader Mitch McConnell attacked H.R. 1 and S. 1 on Tuesday. "They want to change the system to benefit themselves and they want to have instead of a referee they want the FEC to be a prosecutor," McConnell said.

"So this is not about anything other than trying to help the Democrats win elections in perpetuity," he added.

Senate Majority Leader Chuck Schumer, D-N.Y., said S.1 would "combat all of these voter suppression efforts by restoring critical parts of the Voting Rights Act... make it easier — not harder — to vote by automatically registering American voters when they get a driver’s license... [and] limit dark money and corruption in our politics, and much more."