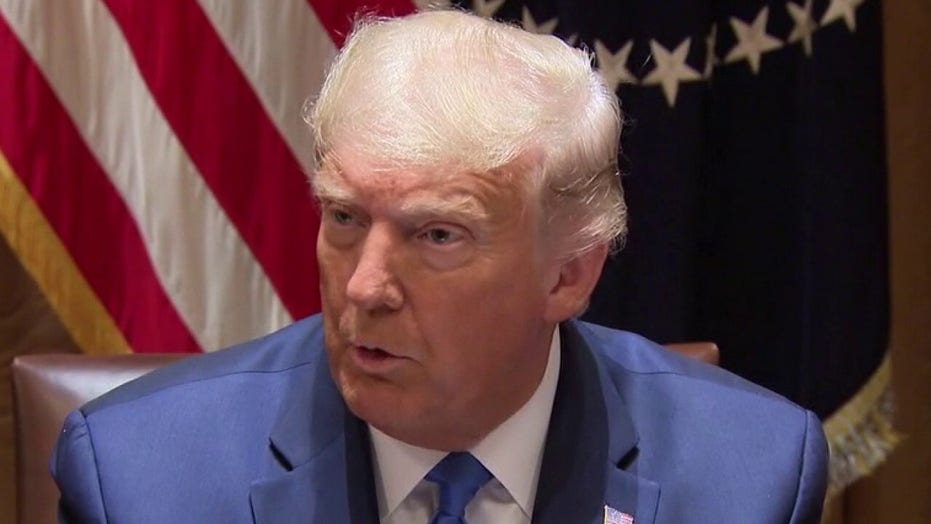 John Roberts gives an update from The White House.

Democrats plan to introduce legislation that would limit the length of a term a Supreme Court justice could serve to less than two decades as President Trump prepares to announce a candidate to fill Justice Ruth Bader Ginsburg’s seat this weekend.

Rep. Ro Khanna, D-Calif., who is the lead sponsor, is expected to introduce the bill next week, a spokesperson for Rep. Khanna confirmed in an emailed statement to Fox News on Thursday.

The bill would limit justices' terms to 18 years, a spokesperson for Rep. Don Beyer, D-Va., who also worked on the legislation, told Fox News.

In a post on Twitter, Khanna said the measure was important to ensure all presidents have “an equal chance to appoint justices.”

Currently, justices do not have term limits. The average term of a justice appointed between 1966 and to present day is about 25 years.

The legislation would also limit the number of justices a president was allowed to nominate per term to two, according to Reuters, which first reported on the measure.

Trump has already appointed conservative justices Brett Kavanaugh and Neil Gorsuch during his term in office.

Details on the legislation are expected to be unveiled on Friday.

On Wednesday, Trump indicated it was important for the Senate to confirm a ninth Supreme Court justice ahead of the November election, which he said could end up being decided by the high court.

The president has voiced concerns about mail-in voting, which he has repeatedly claimed could lead to voter fraud, despite the fact that election experts have said it's a safe way to cast your ballot during the pandemic.

The administration is considering five women for the court, with Judge Amy Coney Barrett emerging as an apparent frontrunner this week.

Ginsburg died Friday at the age of 87 from metastatic pancreatic cancer.