The most high-profile Wisconsin Democrat to date on Monday jumped into his party’s increasingly crowded Senate primary in a crucial battleground race in the 2022 midterm elections that could end up deciding which party controls the chamber.

"Hard-working families deserve every opportunity, but politicians like aren’t delivering. Instead of changing our dreams, we need to change the game. Join us," Lt. Gov. Mandela Barnes tweeted as he declared his candidacy for Senate.

"When you stay focused on why you are running, nothing can slow you down." Barnes said as he’s seen jogging through much of his announcement video. "We can’t settle for what is. We have to reach for what can be, pushing hard every step of the way."

The 34-year-old Barnes, a former state lawmaker, made history in 2018 as he won election as Wisconsin’s first Black lieutenant governor. He grabbed national attention last year in the wake of the police shooting of Black man Jacob Blake in Kenosha, Wisconsin, as he pushed for police reform and an end to racial inequity. In his video, Barnes pledged to fight for health care and education reforms, voting rights, and tackling climate change.

The Senate is currently split 50-50 between the two major parties, but Democrats hold a razor-thin majority in the chamber due to the tie-breaking vote of Vice President Kamala Harris through her constitutional role as president of the Senate.

Looking at next year’s map, Republicans are playing plenty of defense. They’re defending 20 of the 34 seats up for grabs in next year’s midterm elections – including having to protect five open seats where GOP incumbents are retiring. But the NRSC also sees strong pickup opportunities in Georgia, Arizona, Nevada and New Hampshire.

The GOP may have a sixth seat to defend – as Johnson has yet to say if he’s seeking a third term in the 2022 midterms. The senator vowed in 2016 to only serve two terms, but he’s left open the possibility of running again.

"I'm undecided," he told reporters a month ago during a Milwaukee Press Club virtual event. 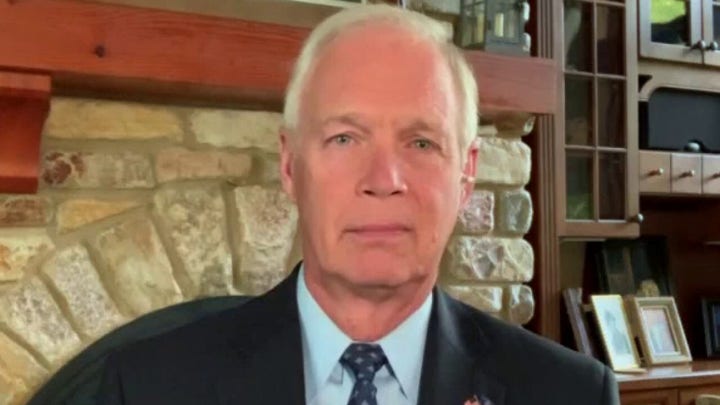 And Johnson reiterated that he felt no pressure to decide anytime soon, repeating that he didn’t launch his first Senate campaign in 2010 until seven months before the election.