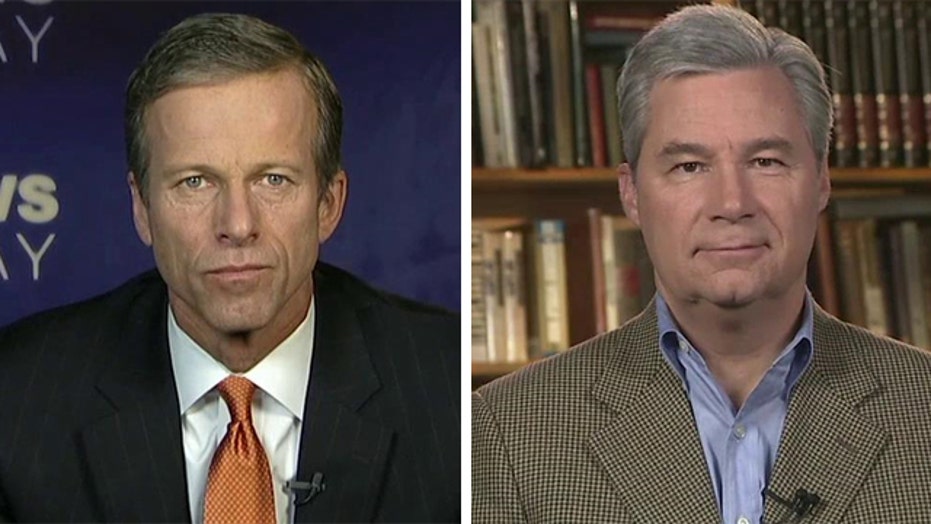 The Democrat-controlled Senate is expected to take a long-awaited vote Tuesday on approving the Keystone XL oil pipeline -- in an unexpected and politically-charged turn of events for legislation that has languished in the upper chamber for roughly six years.

Senate Majority Leader Harry Reid will allow the vote in part to give Louisiana Democratic Sen. Mary Landrieu an opportunity to vote “yea” and perhaps help her win her runoff election next month with Republican challenger Rep. Bill Cassidy.

However, Landrieu’s political future and the fate of the bill remain highly uncertain.

Most political analysts think Landrieu’s effort to win a fourth term by trying to show voters in oil-rich Louisiana how much she supports Keystone is a lost cause, with reports of Washington Democrats pulling out and polls showing Cassidy ahead by double digits.

South Dakota GOP Sen. John Thune said on “Fox News Sunday” the vote will be a “cynical attempt to save a Senate seat in Louisiana," considering Reid has blocked the vote for years.

President Obama appears to be giving every indication that he will veto the bill, repeatedly saying the only way the $8 billion pipeline can be approved is after the completion of a long-stalled State Department review. There is also the pending outcome of a legal challenge to the pipeline's route through Nebraska.

And during his recent trip to Australia for an economic summit Obama said: “I have to constantly push back against this idea that somehow the Keystone pipeline is either this massive jobs bill for the United States or is somehow lowering gas prices.”

Rhode Island Democratic Sen. Sheldon Whitehouse told “Fox News Sunday” that he hopes Obama will veto the bill, considering the oil is “the filthiest fuel on the planet.”

Whitehouse said he thinks the new Senate Republican majority “has long despised and denigrated this president and if they can roll him I think they would like to.”

He also argued that Senate Republicans twice passed on voting on a Democrat-sponsored Keystone bill.

The analysts think the 100-member Senate is now one vote shy of the 60 needed for passing Keystone. (They have the 59 votes as 14 Democrats and all 45 Republicans.)

The GOP-controlled House on Friday passed legislation, sponsored by Cassidy, to move forward with Keystone, which would carry crude oil from Canada and several U.S. states to Midwest and Gulf Coast refineries.

However, neither chamber appears to have the two-thirds majority to override a presidential veto.

Completion of the pipeline, supporters say, will create hundreds of new jobs and help the U.S. become less dependent on foreign oil.

Critics, like Whitehouse, say the oil from Canada is extremely dirty and unearthing it would result in the release of high amounts of greenhouse gases. They also say the jobs are temporary.

Environmentalists have framed the issue as a significant test of Obama's commitment to addressing climate change.

The State Department said in a Jan. 31 report that the 1,179-mile project would not significantly boost carbon emissions because the oil was likely to find its way to market by other means. It added that transporting it by rail or truck would cause greater environmental problems than if the pipeline were built.

The debate in Congress is centered on the pipeline's proposed northern leg, which would run from Alberta, Canada, through Montana and South Dakota to Nebraska, where it would connect with existing pipelines to carry more than 800,000 barrels of crude oil a day.

The Gulf Coast segment of the project began carrying oil earlier this year from the northern Oklahoma town of Cushing. A study commissioned by the Consumer Energy Alliance shows the Gulf Coast project, which began in 2012 and became operational in January, pumped $2.1 billion into Oklahoma's economy, including more than $1 billion in wages and $72 million in total taxes.

The bill passing the House marked the ninth time the lower chamber has voted in favor of speeding up the pipeline's construction.

Landrieu pushed the Senate to hold its upcoming vote on the measure.

In a recent call with reporters from Louisiana, where she was campaigning, Landrieu called herself the "sparkplug" to get the Keystone bill through Congress.

The House bill is identical to one introduced by Sen. John Hoeven, R-N.D., and Landrieu in May.

Landrieu has said she doesn’t know Obama's plans but that he “most certainly understands my position" and that at least 15 other Senate Democrats “really want to build the Keystone pipeline."

If the bill fails to pass the Senate next week, Hoeven said he would reintroduce it next year when Republicans will control the chamber.

That would make it one of many showdowns expected with Obama over energy and environmental policy after Republicans take full control of Congress in January.

House Speaker John Boehner, R-Ohio, recently said it was time for Obama to listen to the American people, especially after Republican gains in last week's midterm elections, and sign the bill.

"The president doesn't have any more elections to win, and he has no other excuse for standing in the way," Boehner said.