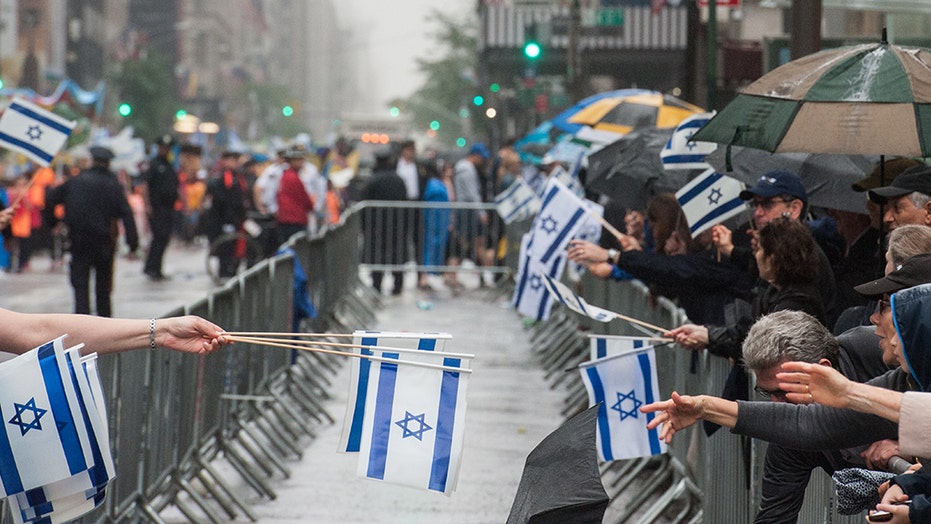 The Democratic Socialists of America are facing backlash after the group asked candidates running for New York City Council, and seeking its support, to promise they wouldn't visit Israel if elected.

“Do you pledge not to travel to Israel if elected to [the] City Council in solidarity with Palestinians living under occupation?” the group asked in its 42-item questionnaire, NY1 reported.

Answering the questionnaire is a requirement for any candidate seeking the DSA's endorsement. The organization has risen to prominence in recent years after several progressive candidates, including Rep. Alexandria Ocasio-Cortez and Sen. Julia Salazar, captured national political platforms.

“Even though foreign policy falls outside the purview of municipal government, gestures like travel to a country by elected officials from a city the size and prominence of New York still send a powerful message, as would the refusal to participate in them,” the questionnaire said.

"Not surprising to see despicable content coming from @nycdsa, but the outright anti-Semitism on display here is sickening," he wrote. "I’d be more than honored to join my colleagues in the @NYCCouncil and state legislature on the next @JCRCNY trip to Israel. Hate has no business in this city."

The DSA historically has asked candidates vying for its support to subscribe to its far-left agenda, including allowing public funding for pro-Palestinian groups that support boycotts of, divestment in and sanctions against Israel.

The DSA defended the question saying that council members "regularly take on an expenses-paid trip to Israel that functions primarily as a political junket to foster ties between local officials and the Israeli state."

"Given that there has been an explicit call from Palestinians to not go on such government junkets and to put pressure on Israel to end the occupation and discrimination through boycott, divestment, and sanctions, we asked prospective candidates whether they would respect that call," the DSA said in a statement.

"New York has a large Palestinian community, and elected officials in NYC should represent those communities just as much as they represent others."

Israel and the United Arab Emirates entered into a historic agreement Thursday brokered by the U.S. to improve relations between the two nations and establish broader cooperation on trade, travel, tourism and other areas.

The deal makes the UAE the third Arab country, behind Egypt and Jordan, to establish full diplomatic relations with Israel and the first in the Gulf-region state to have such an arrangement with the country.

Despite leaders of the three nations heralding the deal as a major political success, Palestinian President Mahmoud Abbas denounced the trilateral agreement between the nations and called it “a betrayal” of his country.