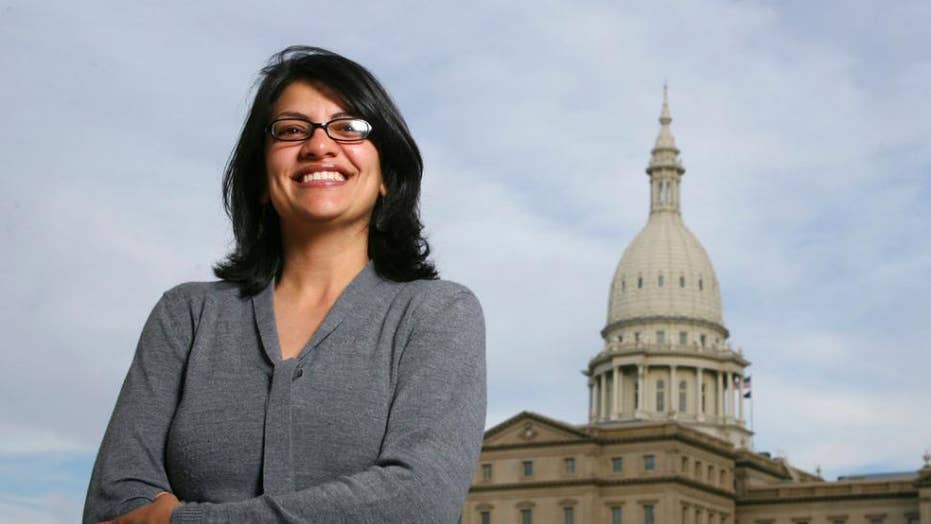 Within hours of being sworn into the 116th Congress, newly elected Rep. Rashida Tlaib, D-Mich., already is facing backlash for her comments on the job – after a profanity-laced pledge to pursue President Trump’s impeachment.

Appearing at a reception in Washington, D.C., hosted by liberal group MoveOn, Tlaib wrapped up her remarks by recalling a conversation she had with her son.

“When your son looks at you and says, ‘Momma, look! You won! Bullies don’t win,’ and I said, ‘Baby, they don’t.’ Because we’re gonna go in there, we’re gonna impeach the motherf----r,” Tlaib told the crowd, which roared with approval.

Tlaib didn’t exactly get the warmest reception on social media.

In an op-ed published in the Detroit Free Press earlier in the day, Tlaib declared that it’s “time to begin impeachment proceedings,” accusing Trump of being a “direct and serious threat to our country.”

“Whether the president was directly involved in a conspiracy with the Russian government to interfere with the 2016 election remains the subject of Special Counsel Robert Mueller’s investigation. But we do not need to wait on the outcome of that criminal investigation before moving forward now with an inquiry in the U.S. House of Representatives on whether the president has committed impeachable ‘high crimes and misdemeanors’ against the state: abuse of power and abuse of the public trust,” Tlaib co-wrote with attorney John Bonifaz.