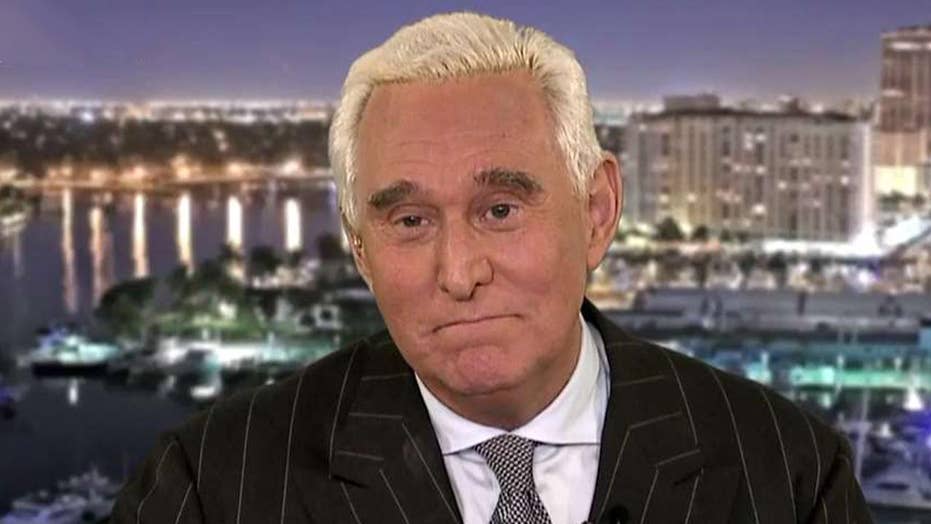 Stone on his indictment: This is about silencing me, criminalizing political expression

Former Trump adviser Roger Stone posted a mock image of FBI Special Counsel Robert Mueller holding a “nothingburger” on Saturday after his arrest for witness tampering, obstruction and false statements -- as Trump came to his defence, asking about “so many others” also accused of lying.

The post, showing Mueller as a waiter, came a day after he posted a mock-up image labeled “Who framed Roger Stone” in the style of the 1989 classic “Who framed Roger Rabbit” and held a press conference outside a Florida courtroom in which he declared the FBI Special Counsel probe “politically-motivated.”

“I will plead not guilty to these charges,” he said after flashing the President Nixon V-signs. Stone has a tattoo of the former president on his upper back.

The indictment unsealed Friday does not charge Stone with conspiring with WikiLeaks, the anti-secrecy website that published emails of Democrats during the 2016 campaign, or with the Russian officers Mueller says hacked them. Instead, it accuses him of lying about his interactions related to WikiLeaks' release during probes by Congress and Mueller’s team into Russian interference in the 2016 election.

Stone said on Fox News’ ‘Tucker Carlson Tonight’ that Mueller is looking to silence him, and vowed to fight on.

He picked up support from the White House Saturday morning, when Trump asked rhetorically about why FBI officials he alleges lied to Congress weren’t indicted -- and also brought up 2016 Democratic presidential candidate Hillary Clinton’s email scandal.

“If Roger Stone was indicted for lying to Congress, what about the lying done by Comey, Brennan, Clapper, Lisa Page & lover, Baker and soooo many others? What about Hillary to FBI and her 33,000 deleted Emails? What about Lisa & Peter’s deleted texts & Wiener’s laptop?” he tweeted. Much more!”

In a bizarre turn, the indictment includes several messages sent to New York radio host Randy Credico, in which he accused him of backstabbing and threatened to take his dog away from him.

"I am so ready. Let's get it on. Prepare to die (expletive)," Stone wrote.