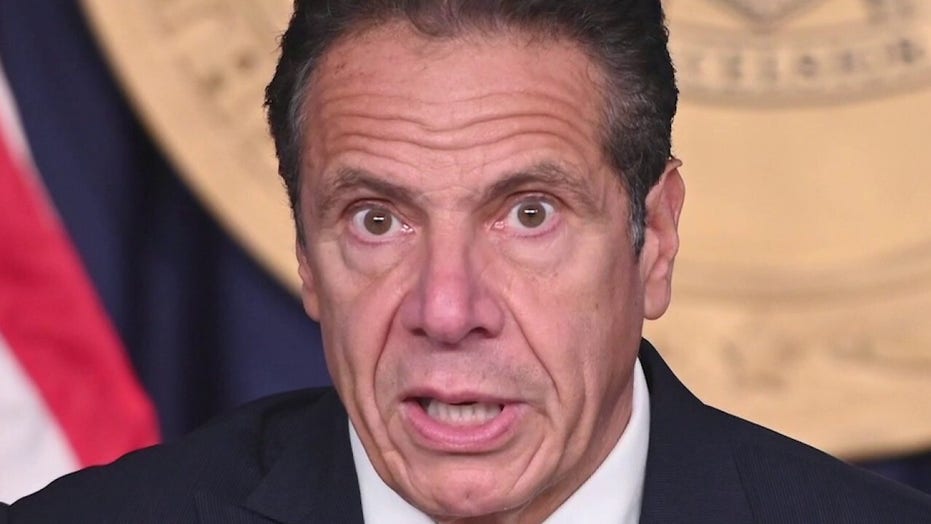 De Blasio and Cuomo, both Democrats, have long had a bad relationship. They clashed last summer over the George Floyd protests that broke out in the city; they feuded in April over reopening schools; and The Nation reported that Cuomo "on and off the record" relishes in "trashing de Blasio in the press."

But the recent scandals that have ensnared Cuomo put the one-time possible presidential frontrunner in a desperate situation to try to steady his administration.

Earlier this year, Cuomo's team confirmed thousands more nursing home deaths due to the coronavirus than the state’s previous tally. The change came after a report by state Attorney General Letitia James.

Cuomo now faces allegations of sexual harassment from three former aides, accusations that prompted an inquiry by James’ office and calls for Cuomo to resign. One former aide, Charlotte Bennett, said the governor asked her questions about her sex life, including whether she was monogamous or if she had had sex with older men.

"When I read the account of what Charlotte Bennett went through, I cringed, I just – I had a feeling of like the pain, the terror, she must've been going through. Here's someone who could determine whether she has a job or not, whether she has a career or not, literally suggesting in front of her all sorts of perverse sexual possibilities. And she's alone in a room with him. I mean, think about how grotesque that is," de Blasio told CNN on Monday. He also said at another news conference that the women's allegations "sounded pretty terrifying."

MANHATTAN, NEW YORK, UNITED STATES - 2021/03/02: Participant seen holding a sign at the protest. New Yorkers held a rally outside Governor Cuomo's offices in Manhattan calling for his immediate resignation from office after the revelations of alleged mishandling the COVID-19 pandemic by purposefully withholding information from the public and the federal government, abuses of power, stories of the toxic workplace culture and two allegations of sexual abuse. (Photo by Erik McGregor/LightRocket via Getty Images) (Getty Images)

The governor has denied some of the claims outright and said in a recent statement, "I now understand that my interactions may have been insensitive or too personal and that some of my comments, given my position, made others feel in ways I never intended. I acknowledge some of the things I have said have been misinterpreted as an unwanted flirtation. To the extent anyone felt that way, I am truly sorry about that."

Last month, de Blasio said he believed a Democratic state assemblyman who alleged that Cuomo had "berated him" during a phone call over the COVID-19 death toll in the state. Ron Kim, the assemblyman, had been critical of the administration’s alleged underreporting of the COVID-19 deaths, and he said the governor was furious about the criticism.

De Blasio, who Politico reported may be considering a run for governor, called the incident, "classic Andrew Cuomo."

"The bullying is nothing new," de Blasio said. "I believe Ron Kim, and it’s very, very sad. No public servant, no person who’s telling the truth should be treated that way. The threats, the belittling, the demand that someone change their statement right away — many, many times, I’ve heard that, and I know a lot of people in this state have heard that."