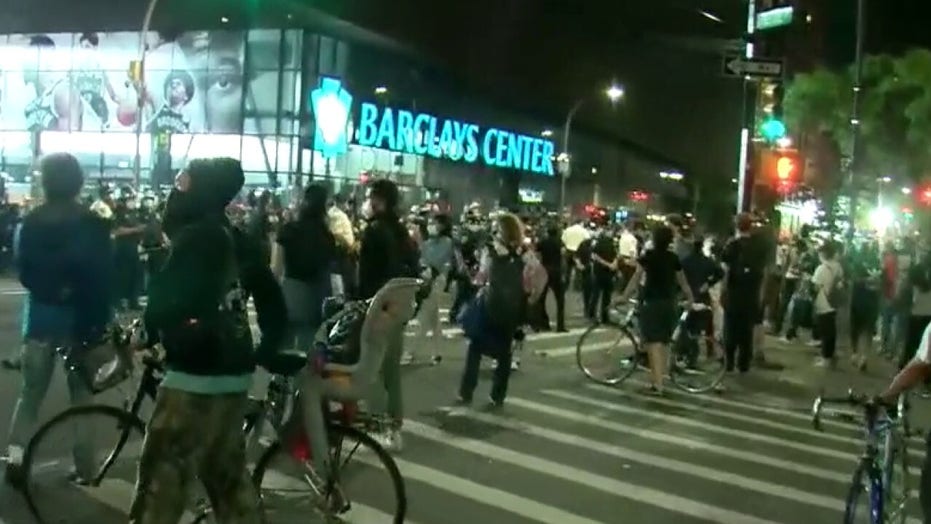 New York CIty Mayor Bill de Blasio has promised an “independent review” after anti-cop riots in Brooklyn saw hundreds arrested and an NYPD van set on fire -- part of protests and riots across the country sparked by the death of George Floyd.

According to the New York Post, approximately 200 people were arrested late Friday and early Saturday in protests in lower Manhattan and Brooklyn. They were in response to the death of Floyd, an unarmed black man, in Minneapolis. Video taken at the scene showed an officer kneeling on the handcuffed man's neck before he died.

Four officers were fired Tuesday and one of them, Derek Chauvin, was arrested and charged with third-degree murder Friday. Protests and rioting took place across the U.S., from New York City and Washington, D.C., to Chicago; Columbus, Ohio, Louisville, Ky., and Dallas, to San Jose, Calif. Los Angeles and Portland, Ore.

About 3,000 protesters demonstrated in Brooklyn, and were pushed back by NYPD officers releasing chemical mace after the protests turned violent. A woman was arrested and charged with attempted murder after she threw a Molotov cocktail into an occupied police car, NYPD Commissioner Dermot Shea said Saturday morning. 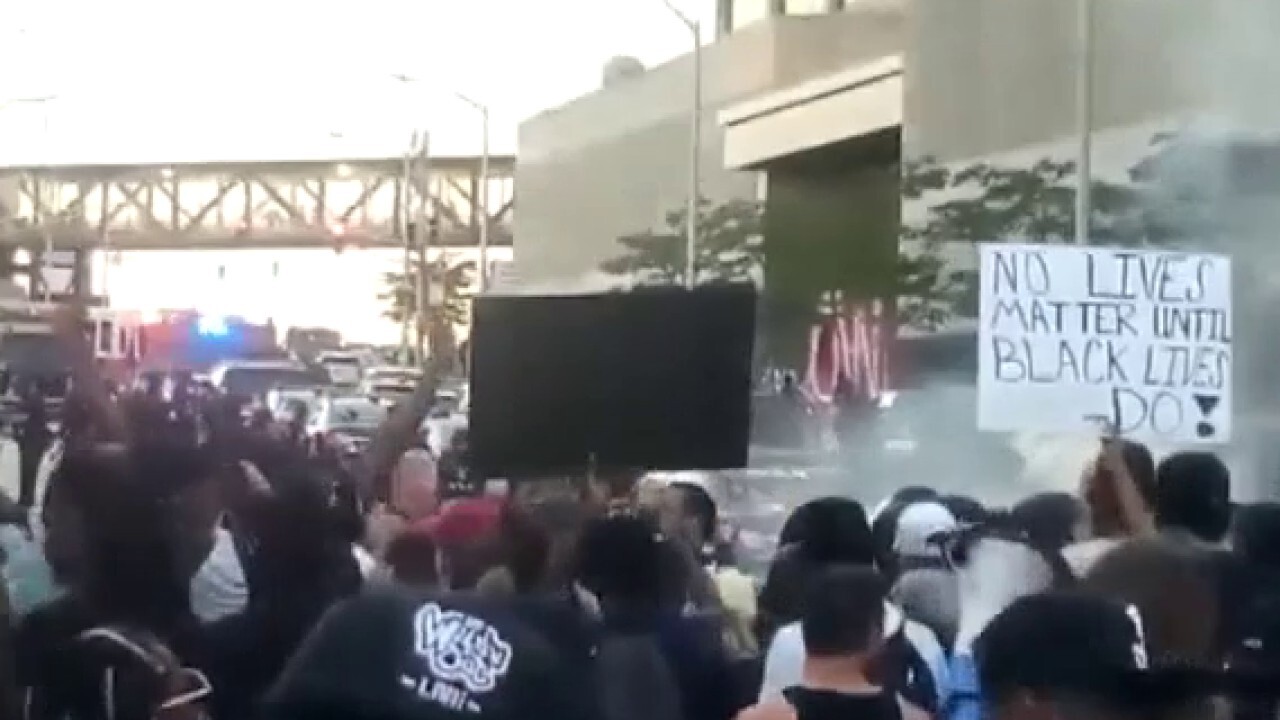 A large crowd had converged on the Barclays Center in Prospect Heights hours earlier, with police responding with mace as demonstrators began throwing objects at cops.

Earlier in lower Manhattan, about 30 people were arrested and  a man punched an NYPD sergeant in the head with brass knuckles, the Post reported.

“They’re killing us!” and “F---k those pigs” protesters yelled, while some held signs that read, “NYPD KKK.”

De Blasio on Saturday suggested there was blame on both sides of the protest, accusing cops of pepper spraying elected officials, and calling it "absolutely unacceptable" that there was video of a cop throwing a protester to the ground.

“There were elected officials at this protest, some of whom were pepper-sprayed. What a horrible, horrible situation that the people represent us who are there on behalf their community, peacefully observing, trying to help keep the peace, that they ended up being victims of pepper-spraying. That's unacceptable,” he said.

But he went on to accuse protesters of coming to the Big Apple with an “agenda of violence and incitement” and the intention to harm cops.