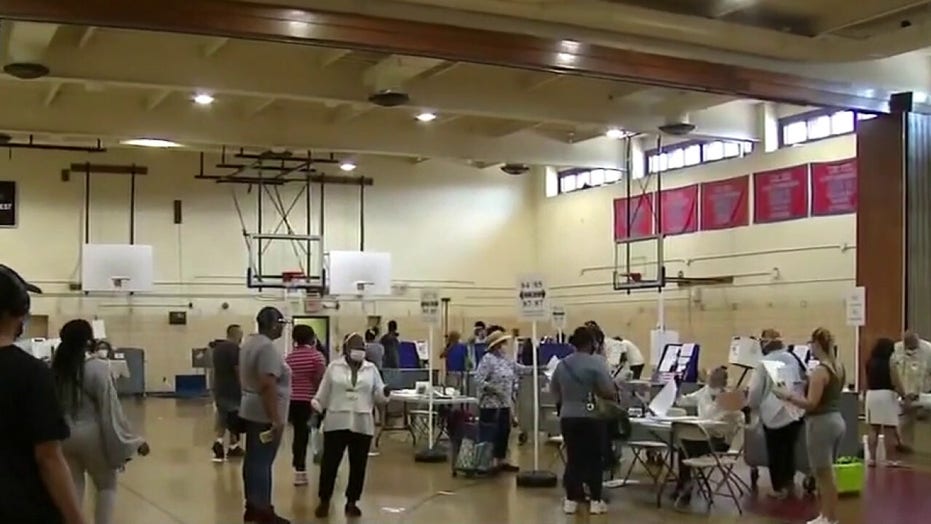 According to New York Now, 422,166 people voted early in the state with 193,915 residents voting in New York City alone. Early voting was expected to tick up this cycle as the coronavirus raised concerns about social distancing on election day. By comparison, only 250,000 people voted early throughout last year's election.

Mayor Bill De Blasio said the Board of Elections (BOE) was "clearly not prepared for this kind of turnout."

Both he and Rep. Alexandria Ocasio-Cortez, D-N.Y., indicated that the lines discouraged voting.

"Long lines tell people to go home," he said according to NBC 4. "That's just the reality. Long lines at a poll site discourage voting. They don't encourage it. We worked so hard over the last years to make voting, to make the Democratic process better. To make it more accessible."

Ocasio-Cortez, who voted on Sunday morning, described the lines as a form of voter suppression. “There is no place in the United States of America where two, three, four hour waits to vote is acceptable," she said on Monday, according to Politico. "And just because it’s happening in a blue state doesn’t mean that it’s not voter suppression."

Calling on the BOE to "step up," De Blasio pledged to provide additional resources if the board lacked necessary funding. Deeper reform may be needed, however, as the BOE already received an additional $9 million for early voting this year.

Cuomo similarly indicated the BOE's failure wasn't its first. The city "did a terrible job," he said. "Terrible. And it is not the first time and I think I would be open to an entire redesign of the New York City Board of Elections system. I'd be open to whatever the city proposes." According to BOE's website, the commissioners of elections are scheduled to meet Tuesday afternoon.

The city has 88 designated polling sites for early voting, although some Democrats have called for more to reduce congestion.