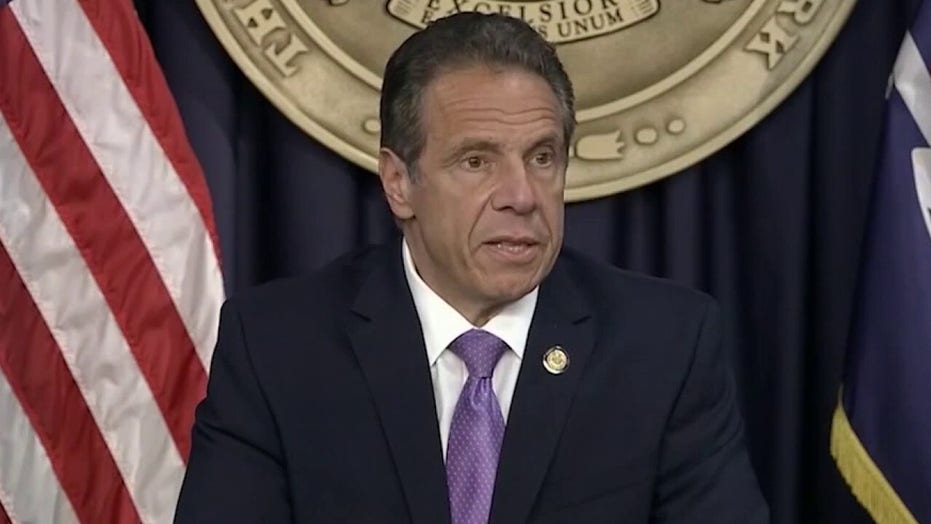 But a Siena College survey released Monday also indicates that a generic Democrat outperforms the three-term governor in a hypothetical 2022 gubernatorial matchup versus a Republican candidate.

According to the survey, a generic Democratic candidate tops a generic GOP candidate in next year’s election for governor by a 55%-29% margin in the heavily blue state of New York. That’s far better than 48%-38% lead Cuomo has in the poll over a generic Republican challenger.

Even Democratic Attorney General Letitia James, who’s not nearly as well-known across the Empire State as Cuomo, tops a generic GOP gubernatorial candidate by a larger margin – 46%-29% – in a hypothetical 2022 showdown than the sitting governor.

James is currently overseeing a state investigation into numerous sexual harassment allegations against the governor from former staffers. And Cuomo’s also facing a federal probe into whether his administration covered up the COVID deaths of nursing home residents amid the coronavirus pandemic.

CUOMO AGAIN DECLARES ‘I DID NOTHING WRONG,’ SAYS HE'S NOT RESIGNING

Cuomo has also faced a chorus of calls to resign, with more than 135 state lawmakers and nearly the entire congressional delegation from New York – including Senate Majority Leader Chuck Schumer and Sen. Kirsten Gillibrand – earlier this year urging Cuomo to step down.

Cuomo is resisting those calls as he continues to emphasize that people should wait for the results of the attorney general's investigation before making up their minds and passing judgment. While he has apologized for making some women uncomfortable, he's denied that he ever inappropriately touched a woman.

The governor’s criticized some of his accusers who have gone public amid the ongoing investigations of allegations of sexual misconduct, arguing they had impacted the fairness of the process by speaking out.

"What has happened is the complainants have continued to go to the press and make their complaint in the press. I have not been able to respond. That’s not fair and it’s not right. So I’m trying to be respectful, but I’m very eager to tell my side of the story," Cuomo said at a news conference late last month.

The governor and his office have also pushed back on the nursing home deaths cover-up allegations, denying that fatality data was altered.

ZELDIN RACKING UP ENDORSEMENTS IN RACE TO UNSEAT CUOMO

According to the Siena survey, 49% of New York state voters say the governor shouldn’t resign, down slightly from 51% in Siena polling last month. Forty-one percent say he should step down, up from 37% in April.

Cuomo’s favorable/unfavorable rating remains underwater at 44%-48% but it’s an improvement from his 40%-52% rating last month. The governor’s job approval rating stands at negative 42%-55%, basically unchanged from April. And while Cuomo’s approval rating of his handling of the pandemic has edged down slightly, it remains high at 58%-35% approval/disapproval.

New York doesn't have gubernatorial limits, and Cuomo announced in May of 2019 that he would run in 2022 for a fourth term. And he had built a massive $16.8 million campaign war chest by the beginning of this year.

While New York is a reliably blue state – Cuomo won reelection to a third term in 2018 by a 23-point margin – the governor has politically been severely wounded by the two scandals. Cuomo, who last year initially won national praise from Democrats and the media for his efforts battling the pandemic, is also facing a state legislative inquiry that could possibly lead to impeachment.

Thirty-seven percent of those surveyed said they’re prepared to reelect Cuomo next year, with 53% saying they prefer someone else. That’s up slightly from 33%-57% last month.

The Siena College Poll was conducted May 16-20,  with 793 New York State registered voters questioned. The survey’s overall sampling error is plus or minus 4 percentage points.