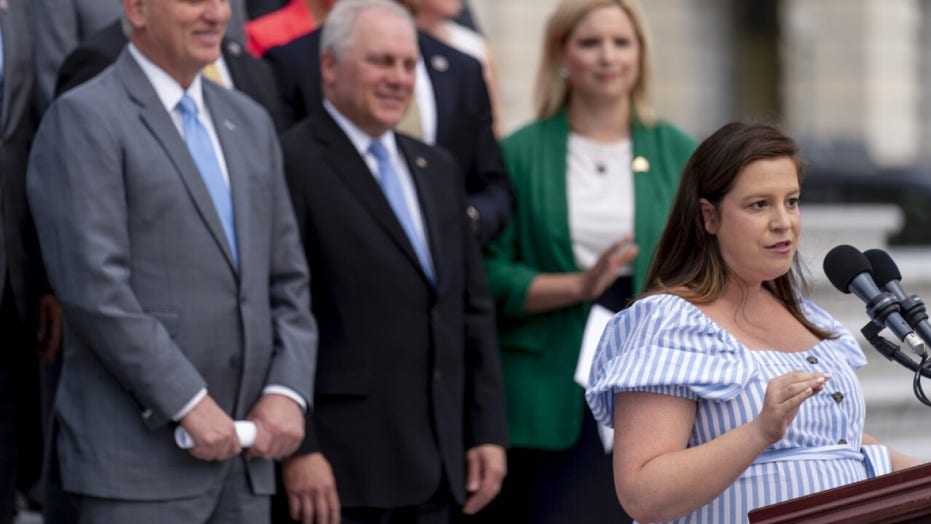 U.S. Rep. Elise Stefanik, R-N.Y., on Sunday challenged the Democratic-led New York State Assembly to stop "slow walking" impeachment for Gov. Andrew Cuomo, who she says is using "time as his ally" after having spent years "bullying" other state lawmakers to his own political advantage.

Stefanik, who serves as the House GOP conference chair, said during an appearance on Sunday Morning Futures that every voter must hold their elected official accountable in moving forward now that independent investigators appointed by New York Attorney General Letitia James spoke with over 175 witnesses and their reported included over 74,000 pieces of evidence supporting that the governor broke state and federal law.

Cuomo himself asked for the probe, Stefanik pointed out, and in doing so, the governor said "he had full faith in this investigation" – yet now he still has not resigned.

"He needs to be impeached. The Democrats in Albany have been slow-walking this up until this point," Stefanik told "Sunday Morning Futures" host Maria Bartiromo. "We have reached a breaking point. We need to make sure that there is equal justice under the law. And whether you’re the most powerful elected official in New York State, laws apply to you just like they do to every other New Yorker."

This comes after Cuomo’s personal attorney, Rita Glavin, in attempting to downplay the report’s findings, stated during a press conference on Saturday that Cuomo is 63-years-old, has spent 40 years in public life, and "for him to all of sudden be accused of a sexual assault of an executive assistant that he really doesn’t know, doesn’t pass muster."

"He needs to be treated fairly and this would become if you accept this report as is without giving him the evidence, I’d tell you that is an irresponsible and a new standard for an impeachment," she said.

Stefanik categorized that argument as a "shameful defense," arguing that instead of focusing on legal aspects, Galvin and others "chose to shame multiple victims, including a New York State trooper who sexually assaulted and sexually harassed."

"The governor does want to use time as his ally. He is digging in. And they are looking for any opportunity for him to cling onto power," Stefanik said.  "Again they have been effective at bullying Democrats in the state legislature for years. Not just the past few months. That’s why it’s very important that the state assembly and state senate start the impeachment hearings with alacrity, as quickly as possible."

"This is crystal clear, but we cannot allow Democrats in the state legislature to slow walk it," Stefanik said. "Every voter needs to hold their state elected official accountable for how they move forward on this important issue."

Looking forward to the 2022 midterm elections, Stefanik also discussed the "chipping away of our civil liberties" after Democratic New York City Mayor Bill de Blasio moved to require vaccination passports for entry into restaurants and gyms, as well as what she described as the "politicization of the CDC" with mask mandates for school children despite few young people being gravely ill with COVID-19. She said Republicans must do everything to ensure the integrity of elections and fight against universal mail in ballots without signature verification or voter photo identification.