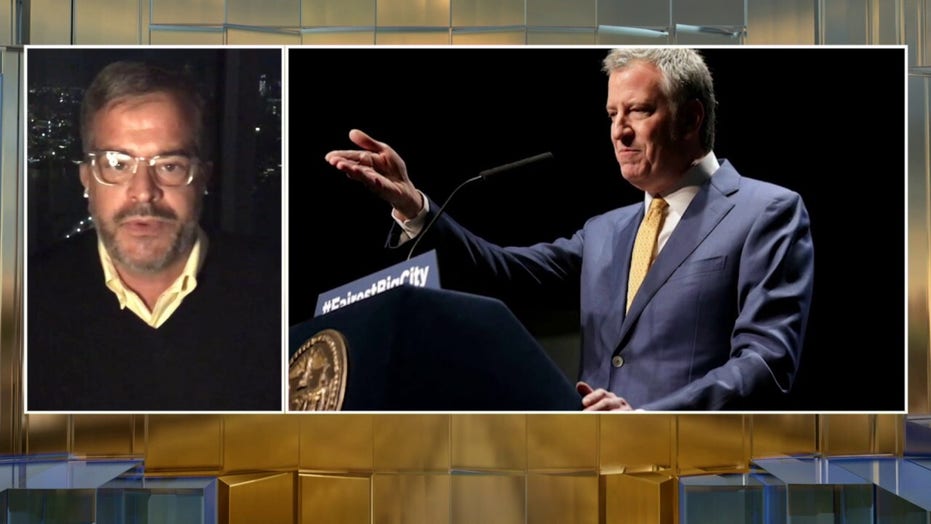 Stratis Morfogen, director of operations of Brooklyn Chop House, argues crime has been a consequence of businesses being locked down in New York City.

New York Gov. Andrew Cuomo is the guest of honor today at a weekend grilling.

Cuomo was to be quizzed by investigators Saturday as part of a state probe into sexual harassment claims by his female aides.

Outside lawyers hired by state Attorney General Letitia James will have Cuomo on the hot seat in Albany, although the time and place have not been announced.

The Democratic governor reportedly prepped with his own lawyers this week to prepare for the questioning.

CUOMO PREPS WITH LAWYERS IN NYC AHEAD OF SEX-HARASS GRILLNIG: REPORT

Cuomo is being represented by Rita Glavin, a former U.S. Department of Justice official.

He was expected to answer questions under oath, the Albany Times Union reported.

Four of Cuomo’s accusers were issued subpoenas in May to testify in the AG’s inquiry.

Lindsey Boylan, a former aide, became the first woman to accuse Cuomo of misconduct in a series of tweets in December. She then wrote about her time working for the governor on the website Medium, saying he kissed her on the lips in his Manhattan office in 2018.

Charlotte Bennett, 26, a former aide, said she believed Cuomo tried to proposition her in 2020 after he asked her probing questions about her sex life.

An unidentified aide has said Cuomo reached under her blouse to grab one of her breasts over her bra.

And Ana Liss, a policy and operations aide, has said that Cuomo acted inappropriately by touching her lower back at a reception and once kissing her hand when she got up from her desk.

Cuomo has denied any wrongdoing.

Debra Katz, a lawyer for Bennett, issued a statement slamming Cuomo and saying that the governor had initially "admitted his inappropriate behavior" and apologized.

"Since then, he has lied publicly over and over again in an attempt to walk back his original admission. Realizing his admission was insufficient to quell the public’s growing calls for accountability, he has since resorted to belligerent lies and a Trumpian refusal to stick to a single set of facts," Katz said. "He has also demonstrated a jaw-dropping ignorance of the sexual harassment law he signed into effect — without great fanfare — suggesting that his behavior is fine because he never meant to make women feel uncomfortable."

The statement went on to note Saturday’s expected questioning.

A Cuomo spokesman told the Times Union Thursday, "We have said repeatedly that the governor doesn’t want to comment on this review until he has cooperated."

The inquiry into Cuomo also encompasses allegations that state employees were pressured to work on his most recent book, "American Crisis: Leadership Lessons from the COVID-19 Pandemic."

There is a separate investigation by the FBI and the Brooklyn U.S. Attorney’s Office over the Cuomo administration’s handling of nursing homes during the coronavirus pandemic, including a coverup of the total number of nursing home residents killed by COVID-19.

Cuomo in early June said he wasn’t using the campaign money for legal costs "at this time."