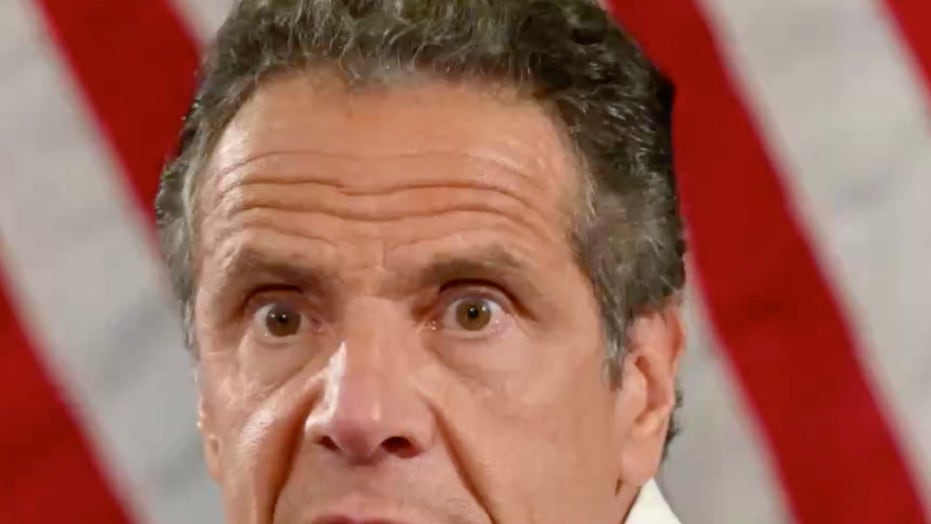 Why is NY Gov Andrew Cuomo being accused of hypocrisy?

A look at why NY Gov Andrew Cuomo being accused of hypocrisy.

Gov. Andrew Cuomo is facing continued backlash and accusations of hypocrisy for ordering travelers from certain states to go into quarantine upon entering New York, after he once threatened legal action against a state that tried doing the same to New Yorkers.

Cuomo, New Jersey Gov. Phil Murphy, and Connecticut Gov. Ned Lamont all recently issued 14-day quarantine orders for travelers from states that have seen recent spikes in coronavirus cases. Individuals who do not quarantine and follow the restrictions would be subject to fines between $2,000 to $10,000.

"This draconian policy means anyone traveling for a business conference to a state on his list will be forced into quarantine, and anyone who already made vacation plans will too," Ortt said, according to the Democrat & Chronicle.

Cuomo threatened to sue after Rhode Island ordered people entering the state from New York to quarantine when the pandemic first exploded; Florida also targeted New Yorkers for quarantine. But last week, Cuomo said the current situation is different because he is not singling out just one state, while Rhode Island was only targeting people from New York.

It is unclear whether others may be added, but California-based attorney Jon Corbett, who maintains property in Brooklyn, N.Y., filed a federal lawsuit over Cuomo's order in the Southern District of New York last Thursday, claiming that it was an unlawful "abridgment" of his ability to travel.

Cuomo also threatened legal action when President Trump said he was considering a two-week lockdown for New York and neighboring states in March. Cuomo said at the time that such a move by the president would be a “declaration of war” and that he would respond with a lawsuit, although this was based on his argument that the federal government does not have the power to do this.

At the time, Cuomo said that any move to start "walling off" areas of the country would be "totally bizarre, counterproductive, anti-American, anti-social." A Star-Ledger column noted that quote in arguing Cuomo had it right the first time and accusing him of now proposing what is effectively a "war between the states" — albeit one that Florida and Texas started with their past orders against the New York area.

Cuomo also faced backlash after he called for an investigation of a local high school student who attended a graduation “drive-in” ceremony after visiting Florida, where there is an uptick in coronavirus cases.

“What I think is the height of hypocrisy is the fact that Gov. Cuomo is demanding an investigation into this individual. High school graduation is an important milestone,” Rep. Elise Stefanik, R-N.Y., told “Fox & Friends" on Monday. “The reason why it is hypocritical is because the governor refuses to be held accountable for the thousands and thousands of seniors who lost their lives because of the failed and fatal nursing home policies."