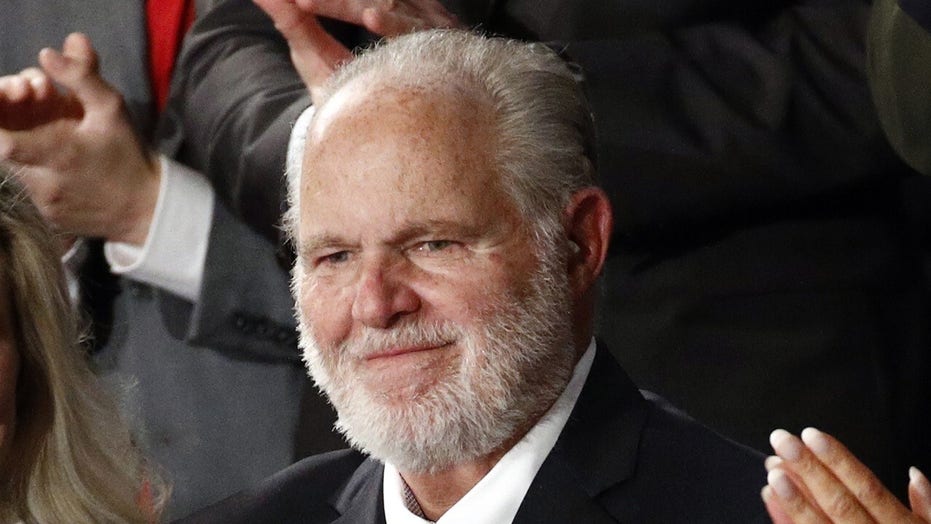 DeSantis speaks on Rush Limbaugh at CPAC: 'One of the first to fight and win against cancel culture’

In a touching tribute, the nine-minute ode touched on all parts of his career -- from an up and coming DJ in suburban Pennsylvania to America's top rated radio talk host at EIB Southern Command in Palm Beach, Fla.

As the video described, Limbaugh once went by the alias "Jeff Christie" on a top-40 station in McKeesport, Pa. -- near Pittsburgh, as he worked his way toward becoming "America's Anchorman."

"He was quiet," his mother, Mildred Limbaugh, described her son in the video. "Rush always wanted to be an adult. From [age] 10 on, he was an adult."

Prior to going national, Limbaugh hosted a regional talk program at KFBK in Sacramento. The tribute featured some clips from that time in the host's career as well.

Soon after syndication, Limbaugh also hosted a television show from 1992 to 1996.

"I know you liberals are tuning in," Limbaugh jokingly taunted in his signature style, during one program, pointing at the camera.

"You've got the lights out and you're cowered in the corner, and you dont want to admit to anybody that youre watching this but we know you're there. -- I just want to leave you with this -- We feel your pain," he smiled. 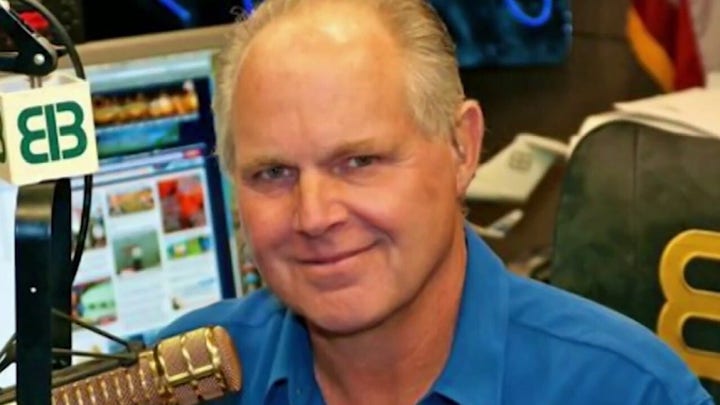 "[He] gave americans a real hope when they realized most news outlets were so against them and their conservative values," said Schlapp.

In his own words, Limbaugh said at one point in his radio career that the point of his program is not for the viewers to digest every word he said -- because that would make the show boring, and more like pundits on the left.

"The ratings would plummet the fun would go. It would be what liberals do, they're always wringing their hands never having any time for fun and critical of virtually everyhting."

The tribute also played clips from what was possibly his most famous remarks -- the keynote address at the 2009 CPAC convention in Northwest Washington, D.C.

"Let me tell you who conservatives are -- we love people," he said.

"What is so strange about being honest and saying 'I want Barack Obama to fail' if his mission is to restructure and reform this country so that capitalisma nd individual lierty are not its foundation."

"Rush Limbaugh does not need a producer-- when Rush is there, Rush is the show -- he is the most incredible broadcaster of this and the last century," said Snerdley.

The late conservative media figure Andrew Breitbart said during one part of the video that Limbaugh indeed had a lasting impact on broadcasting, and saved a dying medium.

"Rush Limbaugh took the moribund AM dial and now it's a flourishing relam where countless people from Michael Medved to Dennis Prager to Sean Hannity are granting people the alternative reality from the mainstream media."

In closing, the tribute to Limbaugh played clips of him offering advice, and paying his own tribute to his audience in his final days.

"Do what you're best at, and you'll at least be happy. The only difference between you and me is that I'm up here and youre ot there - the only reason I'm up here is because you're out there."

"You have rejuventated my life and you have made me something I never even thought I could be, and I just have one thing to say to you -- a sincere and heartfelt thank you."

CLICK HERE FOR A FREE TRIAL OF FOX NATION

In his final 2020 broadcast, a few days before Christmas, Limbaugh closed his show as he did every year with the solemn Mannheim Steamroller rendition of "Silent Night" .

"I wish there were a way to say it other than thank you," he said as the final chords played in the background. "Youre just the best, my family is just he best --- thank you."