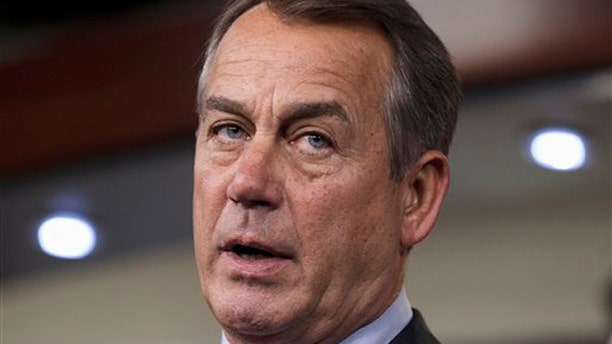 Congress has passed an extension of the payroll tax cut and long-term jobless benefits, handing to President Obama one of his election-year priorities despite widespread concerns about the bill's deficit implications.

The Senate approved the bill Friday afternoon on a 60-36 vote. The $143 billion package, which also would forestall deep cuts in Medicare reimbursements to doctors, would extend the 2-percentage-point payroll tax cut for the rest of 2012.

The House earlier approved the bill on a 293-132 vote. Obama is expected to sign the bill, after having made the yearlong extension a cornerstone of the jobs package he outlined in September.

For some lawmakers, the vote was a no-brainer, as they cited the 160 million workers who would benefit from the payroll tax cut. Extending the 2-point cut in the 6.2 percent Social Security payroll tax would save around $80 monthly for someone earning $50,000 a year.

But for others, particularly in the Republican Party, the package was a bitter pill. Republicans were bruised in a spat over the extension in late December, when House Republicans initially blocked a two-month extension of the tax cut and jobless coverage, only to retreat quickly under a buzz saw of opposition. With that history and elections looming, Republicans seemed ready to get the fight behind them and change the subject for the rest of this election year.

"We don't control Washington. Democrats still control Washington -- they control the Senate and they control the White House," said Rep. Dave Camp, R-Mich., the top House negotiators on the measure. "A divided government must still govern." Camp cited stricter job search requirements for people receiving unemployment benefits and other reforms to the program as wins for conservatives.

Still, there were plenty of defections on both sides. In the House, 91 Republicans and 41 Democrats voted against the bill. In the Senate, 30 Republicans and six Democrats opposed it. In a sign of the nervousness among party leaders before the vote, Senate Democratic Leader Harry Reid won a last-minute concession from Republicans allowing for the bill to pass with just a simple majority, abandoning the usual 60-vote hurdle for such bills.

Lawmakers on both sides of the aisle were upset that the measure would add to the federal deficit and doubted that it would do much to boost the economy. The bill does not offset the cost of the payroll tax cut, which comes out of the dedicated Social Security funding stream.

"I cannot and I will not support legislation that extends the payroll tax holiday without paying for it," said Rep. Phil Gingrey, R-Ga. "This will add $100 billion to the deficit and it will create an even greater shortfall within the Social Security trust fund that already has over $100 billion shortfall just in the last two years."

Longtime Democratic Sen. Tom Harkin of Iowa also issued a scathing indictment of the president, for permitting a bill that does not offset the cost of the payroll tax cut.

"I'm dismayed that Democrats, including a Democratic president and a Democratic vice president, have proposed this and are willing to sign off on a deal that could begin the unraveling of Social Security," Harkin said on the Senate floor Thursday.

In the sharpest of terms, Harkin criticized the plan out of concern that not paying for the payroll tax cut will transform Social Security from a program that's always been self-funded with its own stream of revenue to something that has to compete for scarce tax dollars.

"I choose my words carefully. ... Make no mistake about it. This is the beginning of the end of the sanctity of Social Security," Harkin said.

The No. 2 Democrat in the House, Steny Hoyer of Maryland, also excoriated the measure for cutting the retirement benefits of new federal hires.

"The only individuals paying for this bill out of 315 million Americans are the two million civilian workers who work for us, who work for all of us, who day after day, week after week, month after month," Hoyer said.

Some Democratic senators were also defecting because of cuts the bill would make for civil servants' benefits and health programs. Many Republicans were opposed because the measure would add $89 billion to federal deficits over the coming decade.

The reduction in the Social Security payroll tax, which is deducted from workers' paychecks, would cost $93 billion through 2022. In a sudden concession this week that made bipartisan agreement possible, House Republicans dropped their demand that the tax cut be paid for with spending reductions.

In a statement after the vote, House Speaker John Boehner said that while he supported the bill, it is "an economic relief bill -- not a growth bill." He said it was only necessary "because the president's economic policies have failed," and said it is "unfortunate" the agreement is not fully offset in the budget.

In a GOP win, coverage for the long-term unemployed would be cut from the current maximum of 99 weeks to a ceiling of 73 weeks by this fall in states with the worst job markets, with most topping out at 63 weeks.

The $30 billion cost of the extended benefits would be paid for half by government sales of parts of the nation's broadcast airwaves, half by requiring federal workers hired after this year to contribute an additional 2.3 percent of their pay for their pensions, up from the current 0.8 percent.

That increase also would apply to members of Congress, but only those who begin service as of next January -- exempting every current lawmaker.

The bill also would prevent a 27 percent cut in federal payments to doctors who treat Medicare patients, a reduction that threatened to make it harder for seniors to find physicians.

That would cost about $18 billion. It would be paid for by trimming Medicare reimbursements to health care providers to cover unpaid medical bills, cutting payments to hospitals that treat large numbers of poor patients and cutting a fund created in Obama's health care overhaul for preventing diseases caused by smoking and obesity.