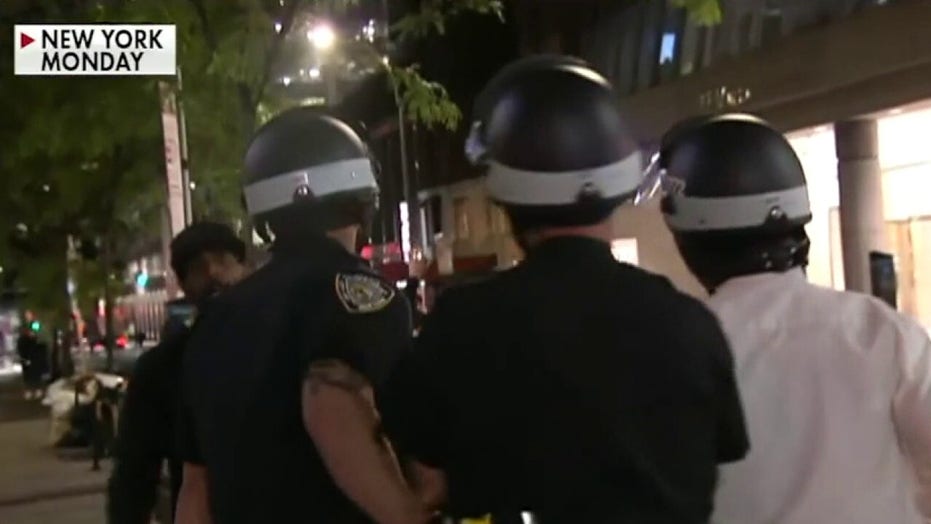 EXCLUSIVE: GOP Rep. Doug Collins on Tuesday called on House Judiciary Committee Chairman Jerrold Nadler to hold hearings on "police brutality and violent protests" that have broken out across the nation, while urging him to “immediately” launch an investigation into Antifa and other groups being blamed for the unrest.

Collins, R-Ga., in a letter obtained by Fox News, accused Nadler, D-N.Y., of keeping the Judiciary Committee “on the sidelines,” despite having “primary jurisdiction over the myriad of issues currently facing our country.”

Collins went on to slam the “appalling police brutality” that led to the death of Minneapolis man George Floyd last week, and said his death “should outrage everyone.”

“I support every American’s right to exercise their constitutional right to protest,” he wrote, while noting that “many peaceful protests were overtaken by rioters with the sole purpose of setting our cities on fire.”

“These riots are —literally and figuratively—tearing our country apart,” Collins wrote.

“As a committee, we should come together to discuss these issues and to investigate how domestic terrorists, like Antifa, are exploiting times of crisis to sow discord among the American people,” Collins continued.

Collins went on to criticize Nadler and the committee for holding hearings on “mail-in ballots” instead of the violent protests and “police brutality,” and having “done nothing to take action” related to the coronavirus pandemic.

“Americans expect Congress to address the issues most critical to them, and if the last several days have shown us anything, folks across the nation are rightfully concerned about the issues of race, justice, and violence currently plaguing our country,” he wrote. "In times of crisis, America looks to its leaders.”

He added: “I urge you to immediately schedule hearings on the police brutality and violent protests plaguing our country, and to immediately begin an investigation into the role groups like Antifa play in sowing seeds of discord.”

Collins said that the Judiciary Committee has “historically been a guiding force in shaping the House’s agenda, and it’s incumbent upon the Chairman to ensure our Committee schedule reflects the seriousness of the issues our country is currently facing.”

Collins' letter to Nadler comes after another night of unrest across the country, as day-time protests escalated into night-time riots filled with looting, violence, and clashes with the police in cities from coast-to-coast.

Antifa has been blamed for contributing to at least some of the violence that has happened in the wake of the death of George Floyd, the unarmed black man who died May 25 while in police custody in Minneapolis after an officer kneeled on his neck for more than eight minutes in an incident caught on video.

President Trump on Sunday said the United States would designate Antifa as a domestic terrorist organization, as the Trump administration blamed the far-left group for the damage and destruction to cities across the nation.

Other local officials have made their own claims about which groups may be contributing to the violence, pointing the finger at everyone from gangs to white supremacists to other outside elements -- though data suggests at least some local agitators are involved.

Meanwhile, Attorney General Bill Barr said that the Justice Department and the FBI's “independent investigation” into the death of Floyd to determine whether any federal civil rights laws were violated is "proceeding quickly."