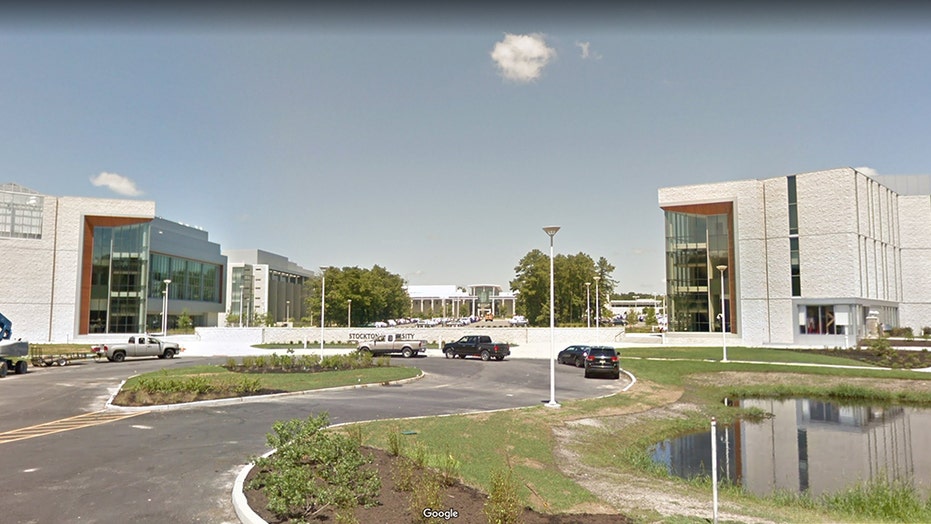 Tulane University puts an author discussion on 'Life of a Klansman' on hold after students complain the event is 'violent towards the experience and work of Black people.'

A New Jersey college has backed off five of the six student code of conduct charges it had leveled against a student who used a picture of President Trump as his Zoom background and wrote an allegedly inflammatory political Facebook post -- but the school is still claiming the Facebook post constitutes "disruptive behavior."

Stockton University previously charged doctoral student Robert Dailyda with disruptive behavior; discrimination; harassment; hostile environment; harm; and bullying and cyberbullying, but this week removed all of those charges but one, according to the Foundation for Individual Rights in Education (FIRE), a First Amendment group representing him. The school, in a Tuesday letter, said that all of the original charges, including the one still leveled against Dailyda, were related to the Facebook post and not the Trump Zoom picture that started the chain of events leading to the Facebook post.

The school still alleges that a Facebook post Dailyda wrote saying that he would "fight to the death for our country" was disruptive behavior, which could lead to minimum punishments including probation, community service and a fine.

"We appreciate that Stockton has rescinded the charges relating to Dailyda's choice of a Zoom background image, and that the university will not punish him for it," FIRE said in a letter sent to Stockton University Tuesday, which did not acknowledge the school's claim all the original charges were only related to the Facebook post. "In doing so, Stockton correctly recognizes that the First Amendment bars it from punishing Dailyda's protected speech."

But the letter added that FIRE does not believe the "fight to the death for our country" post constitutes a threat or disruptive behavior and said that such rhetoric in the context Dailyda used it is also protected by the First Amendment.

"[B]oasting a willingness to 'fight to the death for our country' is rhetorical hyperbole often deployed to underscore the speaker's unwillingness to concede an argument or position," FIRE said in a letter arguing that Stockton could not legally punish Dailyda for what he said. "As a public university, Stockton must tread carefully on metaphorical political rhetoric; we hope that this is not the hill Stockton wants to die on."

Stockton University in New Jersey is pursuing disciplinary action against a student who made a political Facebook post after a dispute over a Zoom background image of President Trump. (Google Maps)

Dailyda, after using Trump as his Zoom background photo during a class, got into a "heated" conversation with classmates in a group chat, according to internal Stockton documents published by FIRE. He left the group chat, but later published the Facebook post that would lead to the disciplinary charges against him.

"I have gotten to the point that I have to say something. I love this country. We are a diverse, yet assimilated population from all backgrounds. I believe all must have the same opportunities and I commit to make that a priority," Dailyda said. "Beyond that, I am done with the leftist agenda of BLM and the white self haters. I have seen it in action in my doctoral classes at Stockton and the general media. I'm not backing down. If we can't get past this, ok, I'm ready to fight to the death for our county and against those that want to take it down. I believe there are also many like me."

Dailyda added in a comment: "I'm surprised how many people are quiet... maybe not..." A comment to that post, from a different person, said: "Bob Dailyda that's what we do. (Quiet) but ...we aim with persision (sic). Boom done. No drama."

'As a public university, Stockton must tread carefully on metaphorical political rhetoric; we hope that this is not the hill Stockton wants to die on.'

— Foundation for Individual Rights in Education

The school then received complaints saying that the Trump photo on the Zoom call made students "feel offended, disrespected, and taunted" and that the response to Dailyda's post made some students feel "concerned that Mr. Dailyda may have similar views and thoughts of violence." The school investigated the complaints, which it told Fox News it is obligated to do when a report is made. It then pursued the charges against Dailyda, which an FAQ on its website notes that it is not obligated to do with every complaint.

FIRE has also argued that the school cannot legally punish Dailyda for the comments another person wrote on his Facebook post.

The school confirmed the investigation to Fox News and the validity of its Tuesday letter, which FIRE published, but said it could not comment further, citing privacy laws.