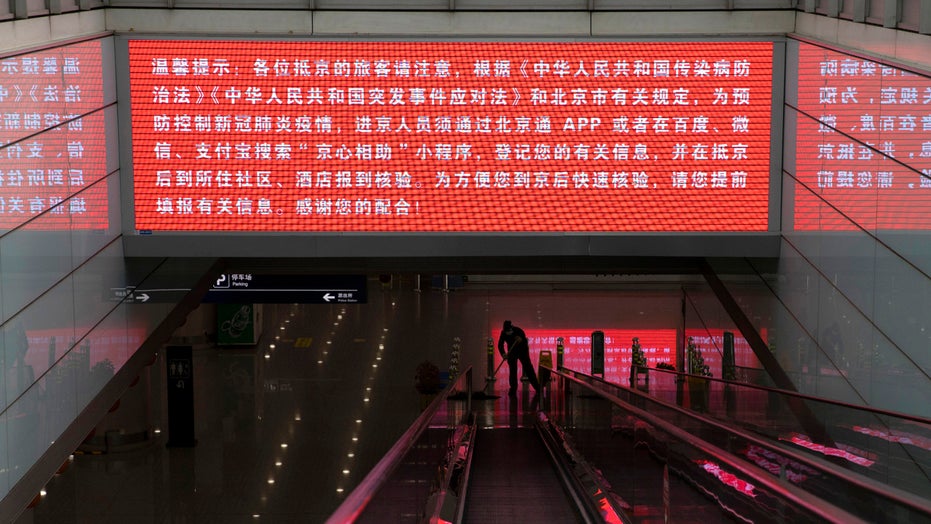 China pushes theory that US started the coronavirus outbreak

A class-action lawsuit filed in Florida this month seeks to "make China pay for what they've done" in its handling of the coronavirus crisis, saying the country acted "negligently in their handling of the COVID-19 outbreak."

A personal injury law firm based in Boca Raton, Fla., is bringing the suit against China and various Chinese government agencies on behalf of "individuals and business owners in the United States and State of Florida, for damages suffered as a result of the Coronavirus pandemic."

The suit claims China "knew that COVID-19 was dangerous and capable of causing a pandemic, yet slowly acted, proverbially put their head in the sand, and/or covered it up in their own economic self-interest."

"This is an undertaking against a world superpower who has the ability to pay for what they've done," Jeremy Alters, the chief strategist and non-attorney spokesperson for the Berman Law Group, the class-action firm backing the suit, told Fox News.

Berman Complaint Against China by Fox News on Scribd

The original complaint has just a handful of named plaintiffs but the lawyers familiar with the case at Berman Law Group say they plan to file an amended complaint at some point with significantly more plaintiffs, including individuals who have gotten sick because of the coronavirus.

The lawsuit does not name a specific dollar amount being sought from China, asking for "compensatory and other damages to Plaintiffs and the Class Members, for their economic and non-economic damages ... to the full extent permitted by the law." Alters, however, made clear that though lawyers for Berman would be seeking potentially "tens of trillions" from the communist nation, the suit was largely about the symbolism of forcing China to defend its actions in American courts.

"We want the court to make them pay for what they've done," Alters said. "They have unleashed ... a massive pandemic on the world. It appears they knew about it long before they gave information about it to the rest of the world. We want our courts to say, 'China, you are going to be held accountable here in our courts because you have harmed hundreds of millions of Americans.'"

The suit also has the potential, according to its backers, to bring to light documents and other information about the coronavirus that China may still be withholding from other governments and health experts worldwide.

This class-action suit is not the only one filed against China over the coronavirus, but it is the main serious complaint. The D.C.-based far-right organization Freedom Watch filed a $20 trillion suit in the U.S. District Court for the Northern District of Texas accusing the Chinese of creating the coronavirus as a bioweapon — an allegation that has been debunked.

The Florida-based suit, however, seeks damages based on the Chinese government's negligence in containing the coronavirus after it first was transmitted from animals to humans, an allegation with a large amount of supporting evidence.

THE CORONAVIRUS DID NOT ESCAPE FROM A LAB: HERE'S HOW WE KNOW

"The Florida class action suit asserts that the exception for commercial activities applies, but it’s not easy to see how," Carter writes.

Carter also notes that the second exemption the Florida plaintiffs claim "specifically bars any claim 'based upon the exercise or performance or the failure to exercise or perform a discretionary function regardless of whether the discretion be abused.' It’s hard to find a way around this restriction."

"There is a lengthy history of precedent for bringing foreign nations to our courts for their bad acts that affect Americans," he said Tuesday. "I don't know in history whether there has been another bad act like this that has affected this many Americans at once, where the entire economy is basically at a standstill and 14 states are now in a stay-at-home order."

The Florida suit against China also is important, according to its backers, because of the collaboration between two very different firms working the case.

The lobbying and public relations firm working on the case, Lucas Compton, is closer to the right side of the aisle. George Sorial is a partner at Lucas Compton and worked in the Trump Organization for several years before leaving the company to become a campaign surrogate for the now-president.

"It transcends politics," Sorial said of the effort to sue China. "Even if you look at the collaboration of our two firms, two firms on very different sides of the aisle. ... They are who they are, we are who we are, but this transcends politics. ... This is a nonpolitical bipartisan effort on behalf of the United States citizenry. It's almost a patriotic thing to hold that country accountable."

Beyond the FSIA difficulties, another likely weakness in the case is the fact that it treats the idea that the coronavirus potentially came from a lab -- which has been debunked -- as a legitimate "alternative theory." This could potentially undermine the majority of its case, which pushes the widely understood story that the virus was transmitted from an animal to a human at a wild animal market in the city of Wuhan before China responded to the health threat with obfuscation and censorship.

Responding to a question about the inclusion of the manmade virus theory in their lawsuit, Alters said the presence of a high-security bio-agent lab in Wuhan "cannot be ignored."

"[The Wuhan Institute of Virology] handles the most dangerous viruses," he said. "It resides in the epicenter of the outbreak in Wuhan. In that lab they cultivate viruses from exotic animals. The wet markets were supposed to be shut down years ago and the Chinese government turned a blind eye to the ongoing operations. This is not coincidental. They also knew of the active and routine trade of these exotic animals which harbor these viruses. The Chinese government has allowed the sale, exchange and consumption of these animals by putting their head in the sand knowing of the dangers this presented locally and internationally."

The initial conference in the case is set for May 1 before Judge Ursula Ungaro.