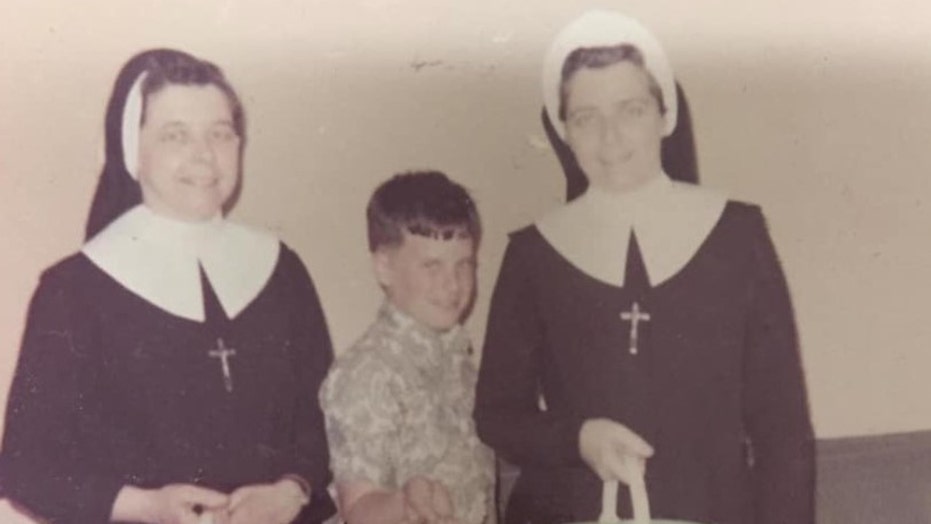 Americans will be missing many milestone moments this spring; Doug McKelways reports on the economic fallout.

EXCLUSIVE: The American plaintiffs in a class-action lawsuit filed this month against China say the coronavirus outbreak has injected fear into their everyday lives, kept them home from work and taken away their beloved family members as the pandemic has swept across the United States — and they lay the blame squarely at China's feet.

The suit, which seeks to take advantage of limited exceptions in U.S. law that allow Americans to sue other governments, alleges that China "knew that COVID-19 was dangerous and capable of causing a pandemic, yet slowly acted, proverbially put their head in the sand, and/or covered it up in their own economic self-interest."

Representatives for Berman Law Group, the class-action firm backing the suit, say that they've had upward of 10,000 inquiries from Americans looking to join the class action. Jeremy Alters, the chief strategist and non-attorney spokesperson for the Berman Law Group, framed the suit as a struggle to help everyday people who have been wronged by a country that unleashed a pandemic on the world through its negligence.

Health workers wheel a deceased person outside the Brooklyn Hospital Center, during the coronavirus disease outbreak, in the Brooklyn borough of New York City, on March 30, 2020. (REUTERS/Brendan McDermid)

One plaintiff on the suit is Raymond Bodine of Richmond, Texas. His aunts Lauretta and Lenora Joyce are twins in their mid-80s who until this month lived together in a Seattle-area assisted living facility. Lauretta and Lenora were both nuns with the Sisters of St. Joseph for several years and were extremely close. But then their facility became a hotspot for the coronavirus among both residents and caregivers.

Lauretta Joyce (L) and Lenora Joyce (R) with their nephew Ray Bodine in the late 1960s. Lenora passed away due to the virus while Lauretta appears to be recovering from her symptoms, according to Ray, who spoke to Fox News. (Courtesy/Raymond Bodine)

Lenora died from the virus on March 23 in the early evening, just hours before the twins' 87th birthday on March 24. Lauretta currently is showing fewer symptoms, according to Bodine.

"Both Lauretta and Lenora served people their entire lives in the religious community and then in the public school systems too and have a trail of friends and people that they helped mentor," Bodine said of his aunts.

He continued: "Even a year ago before any of this happened, they were at peace and ready to see the Lord. They have underlying health conditions and they really didn't need this COVID-19 challenge to push them out the door quicker and that's what's really happened."

Bodine raved about the quality of care Lauretta and Lenora received at their facility and said China was to blame for failing to stop a disease that neither his aunts' caregivers nor the world at large had been prepared to deal with.

'To me if you're aware of a bad situation and you do not take action to contain it, therein lies the liability.'

EX-NFL PLAYER-TURNED-NEUROSURGEON: A 'COLLECTIVE BUY-IN' IS NEEDED TO SLOW CORONAVIRUS

"Everything that I've read, everything that I've looked, it all kind of goes back to China. I've seen where there were some PR posts though the Chinese blaming our U.S. military," Bodine said. "To me if you're aware of a bad situation and you do not take action to contain it, therein lies the liability."

Marites Carman has suffered even more directly from the coronavirus -- she tested positive for the virus and has been quarantined with her husband in their home outside of New York City as she recovers from the disease.

Carman, who believes she picked up the virus while working in Manhattan, said she still has some cold-like symptoms but the worst of her experience with the coronavirus was quite severe.

"They were flu-like, you have the fever, you have the cough thing, and the sneezing. I did have a few bouts of not being able to breathe properly but I got over that," she said.

Additionally, Carman says her husband doesn't know if he will even be able to go back to work once the couple is out of quarantine and the pandemic passes.

"They're about to close his company so he's about to be out of a job," she said, noting that she isn't sure whether the cuts will be permanent or temporary. "He's facing some challenges emotionally, there's that stress and the stress with me having COVID-19 doesn't help."

'I've already faced verbal abuse outside when I didn't know I had COVID-19, so there's chances of me being endangered after this because of my race... There's that stereotype, that belief, that all Asians in the United States are of Chinese heritage or descent.'

"They knew the severity of this virus," Carman said. "They withheld that from the world. If they didn't do that, if they were transparent somebody would have developed a cure or it wouldn't have spread the way it did. It wouldn't have affected the whole world. We would have been more prepared with equipment, social distancing ... so yeah, this is China's fault."

But feeling ill and not being able to work are not the only consequences Carman has suffered because of the pandemic. Carman, who is Filipina, was on the receiving end of racist comments based on the coronavirus, like many Asians in the United States have reported in recent weeks.

"I've already faced verbal abuse outside when I didn't know I had COVID-19, so there's chances of me being endangered after this because of my race," Carman said. "There's that stereotype, that belief, that all Asians in the United States are of Chinese heritage or descent."

She continued: "I'm very fearful of that... I went to the Post Office to pick up a package. It was a male behind me. I was the only Asian person there. He yelled out that 'Chinese people are walking around spreading the coronavirus.' Of course, he was giving me the stare. I guess because we were inside the Post Office I had some safety. If it was outside, I could have been assaulted."

But the coronavirus isn't just affecting older Americans and working-age adults. New York City reported its first coronavirus-related death of a person under 18 years old on Tuesday, and other families with children infected with the coronavirus have had to deal with uncertainty and fear within their own homes.

John Vecchiarello, who lives in Orange County, N.Y., says his family has been nearly paralyzed with fear after his 15-year-old son tested positive for the coronavirus. Vecchiarello's son lives in a house with his three brothers, his mother, his stepfather and his grandmother who is in her 70s. This has made ensuring the rest of the family stays safe from the virus a worrying task.

"[M]y son is a very empathetic kid, he's very caring ... the first thing he said was he was worried that he hopes he didn't infect any of his friends or his brothers and then of course he's very worried about his grandmother ... This is something that happened to him and he's already worried about the other people around him."

— John Vecchiarello, father of a 15-year-old who tested positive for the coronavirus

"They live in a mother-daughter together, so obviously when I say quarantined, he literally stayed in his room and did not leave his room, only to use the bathroom in which case they have multiple bathrooms in the home luckily, and they had one bathroom that only he would use, so that was also a blessing that the house facilitated him being able to be quarantined," Vecchiarello said. "In my mind, I was thinking, 'Wow if we were still in a condo or something like that, how would that have played out?'"

Vecchiarello said that his son's diagnosis made him angry.

"This went on for several days already with still hopes of him not having the coronavirus and then I got the text from my ex-wife that he was positive and obviously that created a lot of stress," he said. "For me, it created a lot of anger because at the same time I'm reading the news, I'm following everything ... because I'm trying to figure out what we're dealing with here, what are we battling?"

The fear and anger, however, weren't the only emotions that Vecchiarello felt during his family's struggle with his son's diagnosis. He felt proud of his son.

"When I spoke to him even the first time, and my son is a very empathetic kid, he's very caring ... he didn't say he was scared, like for him, the first thing he said was he was worried that he hopes he didn't infect any of his friends or his brothers and then of course he's very worried about his grandmother," Vecchiarello said. "He was worried for them. This is something that happened to him and he's already worried about the other people around him."

There are different ways to characterize American efforts to fight the coronavirus. A war against an invisible enemy. A showcase, perhaps, of Americans' ability to stay home on the couch. A test of the federal system of government's ability to handle a domestic crisis.

George Sorial, one of the partners at Lucas Compton, the lobbying firm working with Berman Law Group in its effort to get publicity for the lawsuit and enlist the Trump administration's backing, frames it as a patriotic struggle.

"It transcends politics," Sorial told Fox News. "Even if you look at the collaboration of our two firms, two firms on very different sides of the aisle. ... They are who they are, we are who we are, but this transcends politics. ... This is a nonpolitical bipartisan effort on behalf of the United States citizenry. It's almost a patriotic thing to hold that country accountable."

The suit technically seeks damages based on the Chinese government's negligence in containing the coronavirus after it first was transmitted from animals to humans.

Yale law professor Stephen L. Carter, however, argued in a recent Bloomberg column that the suit's claims don't fall under the FSIA exceptions.

Bodine, meanwhile, said one of the hardest things about his family's experience with the coronavirus is that his Aunt Lauretta doesn't have her twin sister with her anymore. For him, this is personal.

"It's easy for America to look at a large class-action suit in its entirety or the entire dollar amount that they're going to litigate, but it's really about the people," Bodine said.