Claims that a Maltese academic offered “dirt” on Hillary Clinton to a former Trump campaign adviser are “absolutely … not true,” the professor is heard saying on a newly released audio recording, according to a British newspaper.

Professor Joseph Mifsud made the remarks in October 2017 to a reporter from The Telegraph of London, the newspaper claimed Thursday in a story promoting its “Crossfire” podcast.

The paper’s website includes an audio clip of 1 minute and 33 seconds  of the reporter, Robert Mendick, purportedly talking with Mifsud, whose whereabouts have been unknown in recent years.

“Absolutely this is not true,” a voice said to be Mifsud’s is heard saying on the recording, denying the claims that helped trigger the two-year investigation that ended with former special counsel Robert Mueller opting not to file criminal charges against President Trump. 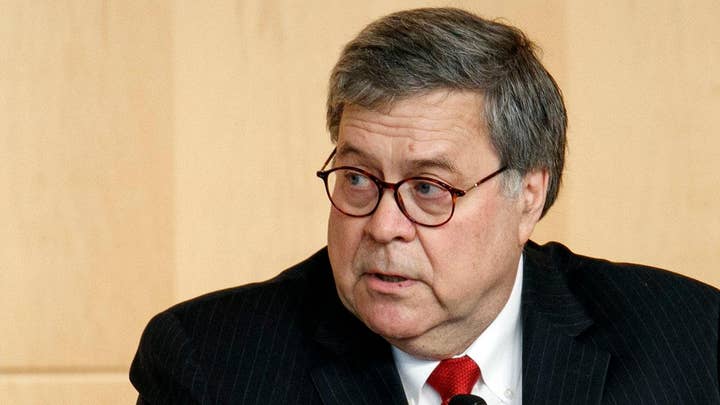 The then-candidate Trump’s team was accused of seeking potentially damaging information about Clinton, the Republican Trump’s Democratic opponent in the 2016 U.S. presidential election.

The events that were later investigated were said to have begun when Mifsud met at a London hotel with George Papadopolous, then a foreign policy adviser who was working for the Trump campaign.

The reporter then asks Mifsud to confirm a claim that Mifsud told Papadopoulos that he had “obtained dirt” about Hillary Clinton.

“Absolutely that is not true,” Mifsud responds.

“Just to give you an idea,” Mifsud adds, “ … You know, my visits to the Russian Federation are visa-by-visa because I don’t even have a multiple-entry visa to Russia. The last visa that I got to Russia was given to me through the Saudis because I was there for the seminar on Yemen. So it has nothing to do with the Russians.”

Papadopoulos reportedly had sought to meet with Mifsud as part of efforts to arrange a meeting between Trump and Russian President Vladimir Putin, The Telegraph reported.

But Mifsud’s claims of Russian connections were mostly not true, Papadopoulos has since claimed.

In October 2017, Papadopoulos pleaded guilty on charges of lying to FBI agents in connection with his contacts with Russian government agents while working for the Trump campaign. He served a 12-day sentence, performed community service and paid a $9,500 fine to resolve his case.

George Papadopoulos (left) pleaded guilty in October 2017 to lying to the FBI about his conversations with Maltese professor Joseph Mifsud (right). (Twitter/YouTube)

Last November, Fox News reported on another audio recording claiming to be of Mifsud, published by Italian publication Adnkronos.

“I have absolutely no contact with friends and family for several months,” the voice in the audio claims. “It has been almost two years now that the whole matter has exploded and been presented to the world media and on the world stage as if I had something to do with matters concerning countries or had I tried to infiltrate it, it is absolutely absurd, in programs, contacts or any other institution in the world. I have been a man of relationships all my life and this is what I do well.”

Fox News could not independently verify whether the voice was that of Mifsud, but his lawyer, Stefan Roh, expressed skepticism, given that much of the recording was centered on Mifsud insisting he did not work for "any service, secret service or intelligence or none of this kind.”