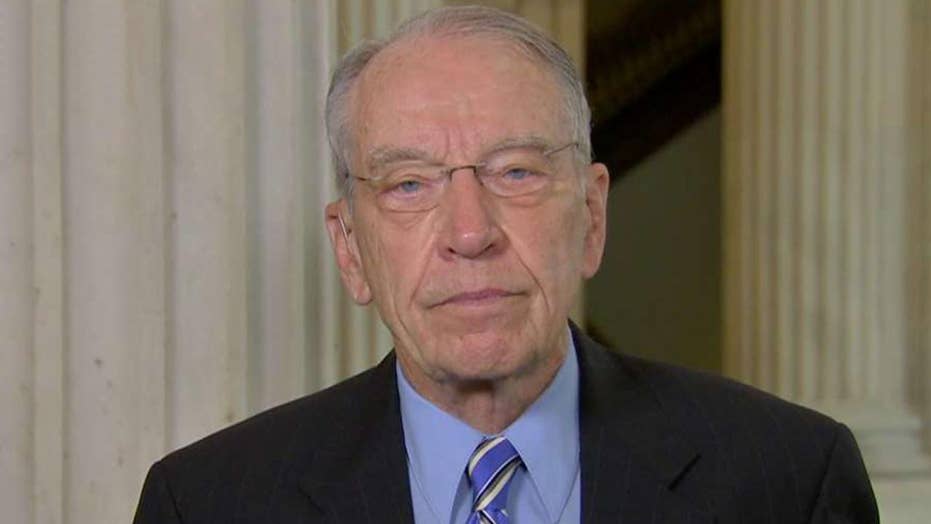 Sen. Chuck Grassley, R-Ia. recreated the famous 1930s painting American Gothic on Instagram Tuesday, by posing in front of the original house where it was created.

Grassley was saluting Iowan artist Grant Wood and looked remarkably similar to the original male subject of the portrait.

SEN. GRASSLEY CONFRONTED AT TOWN HALL OVER OBAMACARE STANCE: 'YOU'RE THREATENING MY LIFE'

Grassley, who hails from Iowa and serves as President pro tempore of the Senate, spoke with Fox News about the mission behind his historical recreations during a Tuesday phone interview.

Grassley said the images aren't always in Iowa and cited a piece of land Abraham Lincoln received as payment for a legal fee before he became president.

"Last year there was some land that was given to Abe Lincoln for payment for legal services he did before he was president – so there are two plots of land we had our picture taken by and there’s a little historical mention of that at each one of those places," he continued. 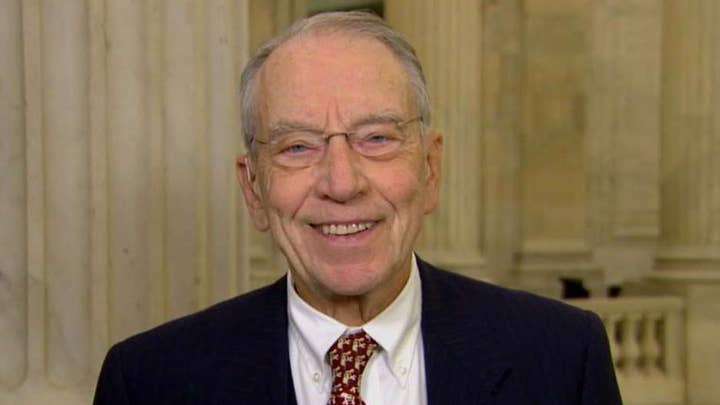 Grassley said the American Gothic photo was meant to bring attention to Wood's other works and serves as a thorn in the side of the History Channel.

"I think it brings attention to the artist number one, Iowans are proud of him. He’s made a big impact on agriculture," he told Fox News.

"It also reminds people of one of the outstanding examples of his paintings is the husband and wife in front of this home, and it’s a tourist stop as well."