Christie pushes back amid probes into bridge scandal 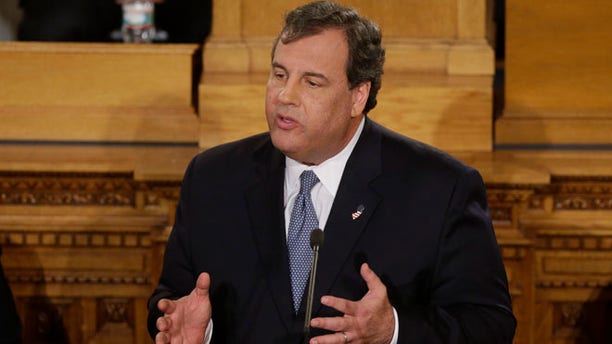 Gov. Chris Christie pushed back Tuesday against critics who have been hammering him over a political revenge scandal, using his annual State of the State address to say he would not let the political firestorm distract from the business of New Jersey.

"What has occurred does not define us or our state," Christie said in Trenton.

The address comes just days after the governor apologized to residents over emails showing top associates were involved in closing lanes on the Jersey side of the George Washington Bridge last year. The emails, published last week, indicated the closures were executed as an act of political payback against the local mayor for not endorsing Christie for reelection.

Christie, as he did last week, acknowledged "mistakes" were made.

"As a result, we let down the people we are entrusted to serve," he said. "I know our citizens deserve better -- much better."

As state lawmakers announce plans to ramp up their investigations, Christie pledged to "cooperate with all appropriate inquiries." But he also warned he would not let the controversy bog down his administration.

"This administration and this Legislature will not allow the work that needs to be done to improve the people's lives of New Jersey to be delayed for any reason," he said.

Afterward, Democratic leaders voiced skepticism at Christie's remarks. Deputy Speaker John Wisniewski said the investigative committee he chairs will press forward. He said "no amount of words" from Christie will "make this better or fix it," and that lawmakers need to understand why his associates took the actions they did.

"There are so many other questions," he said.

In rest of the speech, Christie was proposing extending the public school calendar and lengthening the school day.

Christie's proposal to lengthen school could antagonize an old adversary, the powerful public teachers union, which he has clashed with over pension and tenure changes. An overhaul of public employee retirement benefits by Christie and the Legislature in 2011 was bitterly opposed by the union, which spent millions in anti-Christie ads during his gubernatorial campaigns.

The education plan is the latest from a governor who has sought to retool schooling in grades kindergarten through 12 with mixed success so far.

Christie successfully overhauled century-old teacher tenure rules, essentially eliminating lifetime job protections. But the Democrat-led Legislature has not gone along with his voucher plan, which would allow children in failing schools to attend classes elsewhere, including at private or parochial schools.