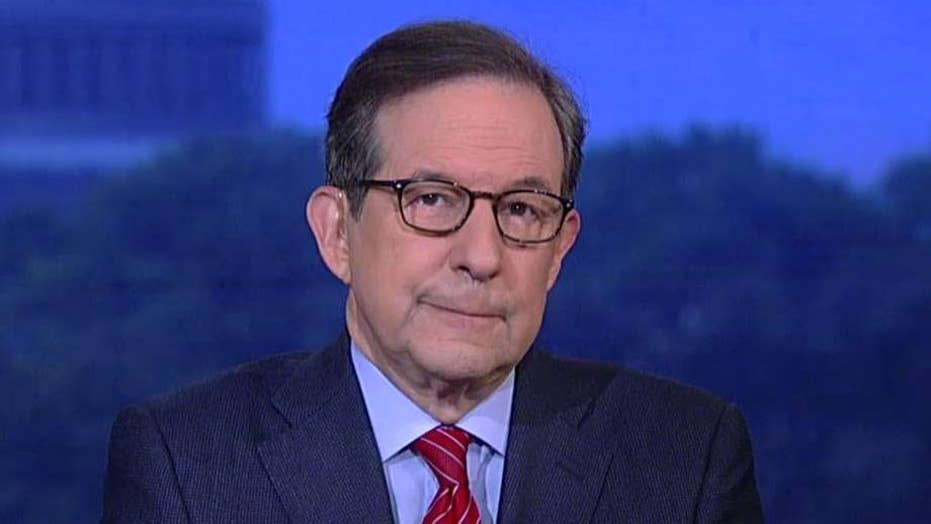 Trump and Pelosi's war of words means nothing is getting done in Washington, including figuring out how to fund the government, raise the debt limit and pass the USMC trade deal, says 'Fox News Sunday' anchor Chris Wallace.

"Fox News Sunday" anchor Chris Wallace said Friday that House Speaker Nancy Pelosi was trying to get "under President Trump's skin" this week and "clearly succeeded to some degree" in her efforts.

Wallace reacted on "America's Newsroom" to the ongoing feud between Pelosi, D-Calif., and Trump, which erupted this week after Pelosi accused Trump of engaging in a "cover-up" and the president cut short a meeting on infrastructure with Pelosi and Senate Minority Leader Chuck Schumer, D-N.Y.

Tensions escalated further Thursday when Trump blasted Pelosi at a news conference, calling her a "mess," prompting Pelosi to call for him to act "more presidential."

"I'm not sure who was trolling whom," said Wallace, noting Trump's reaction to Pelosi having said she was "praying" for the president and wishing his family would have an "intervention" for the good of the country.

"Clearly she succeeded to some degree in getting under his skin when yesterday at that press conference he called on about four or five members of his administration to confirm the fact that he didn't have a temper tantrum when he ended the meeting on infrastructure," said Wallace, adding that Trump "gives as good as he gets."

Wallace said the whole episode was "very entertaining" to political reporters, but it's "concerning" to Americans because the government needs to function and many important issues must be handled.

He said beyond infrastructure spending, the debt limit must be raised this year, an agreement to fund the government must be reached before October 1st and Trump's new trade deal must be passed.

"There's a lot of business they need to get done and at this point, they're not getting any of it done," he said.