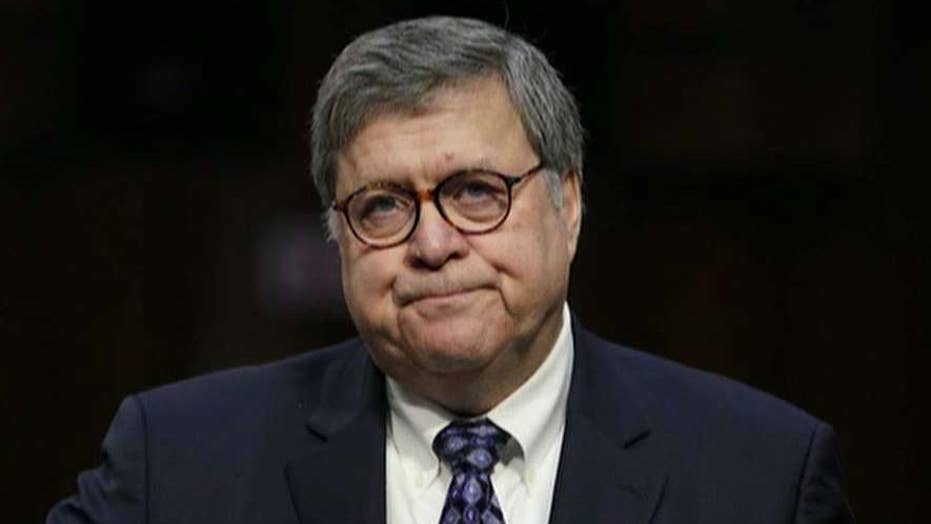 William Barr addresses attacks on his reputation, appointment of US attorney to review Mueller probe origins

Attorney General Barr responds to criticism from former FBI Director James Comey as Barr reviews the origins of the Russia probe which began on Comey's watch; reaction and analysis from Chris Swecker, former assistant director of the FBI.

Attorney General William Barr's investigation into the Russia probe's origins is "entirely appropriate" and brings hope for finally getting to the bottom of a controversy that has dominated the country's attention for two years.

Those were some of the main assertions Chris Swecker, former FBI assistant director, made during a Friday interview on "America's Newsroom." His comments came after a Fox News interview in which Barr said Americans should be concerned about whether "government officials abused their power."

Noting how invasive FISA surveillance was, Swecker said it was "entirely appropriate" for the DOJ to look into the use of that power during the Russia investigation.

"What's important here is to make sure that we know what happened so we can make some reforms if we need to, we can shore up some processes -- and if mistakes were made or things were done deliberately, then we can make sure it'll never happen again," he said.

Swecker saw red flags in the controversial Steele dossier playing a role in the investigation. He also indicated that it was likely investigators may have had a specific agenda.

"We know that there were extensive leaking -- when you leak you have an agenda. So the question is, did some of the investigators -- especially at the executive level -- have some type of political agenda?" he said.

In addition to intelligence officials, Barr has been working with U.S. attorney John Durham -- a choice Swecker indicated was wise. Amid media and Democratic criticism of Barr, Swecker said he was "making some hard decisions and hard calls that need to be made."

"I'm starting to finally get a feeling that we are actually going to get to the bottom of things," he said.