China using woke politics against US on geopolitical stage

China is "uniquely off-limits" to being associated with coronavirus, even though the deadly virus originated there, biotech entrepreneur and author Vivek Ramaswamy said on Wednesday.

"The Zika virus, the Marburg virus, and Ebola, were all named after the places of origin. In fact, MERS stands for the Middle Eastern respiratory virus. That's an older coronavirus," Ramaswamy told "Fox & Friends."

The "Woke, Inc." author said that other COVID-19 variants uniquely refer to a "UK strain, the South African strain, the Brazilian strain, [but] Wuhan is off-limits."

"And we have to ask ourselves why. And the answer is crystal clear to me. It is that China has mastered the art of using wokeness as a geopolitical tool against the United States," Ramaswamy said.

"And if there is any doubt about that, just look at the comments of Xi Jinping when European leaders pressed him last year on their human rights record. He cites Black Lives Matter as a way of saying the U.S. is no better. Their top diplomat in Alaska last month falsely claiming that Black Americans are being slaughtered. And he hopes the U.S. does better on human rights."

Ramaswamy reacted on Wednesday to Ohio Lt. Gov. Jon Husted being criticized for using the term "Wuhan Virus" in a recent tweet.

"So it appears it was the Wuhan Virus after all?" Husted tweeted Friday in response to an Axios story titled, "Ex-CDC director says he believes coronavirus originated in Wuhan lab."

CDC Director Robert Redfield claimed the virus was made in a lab at the Wuhan Institute of Virology in China. The virus then escaped and infected the world. However, the origin of the virus has not yet been confirmed. The concerns over Ramaswamy's comments came after a recent spike in anti-Asian crimes. 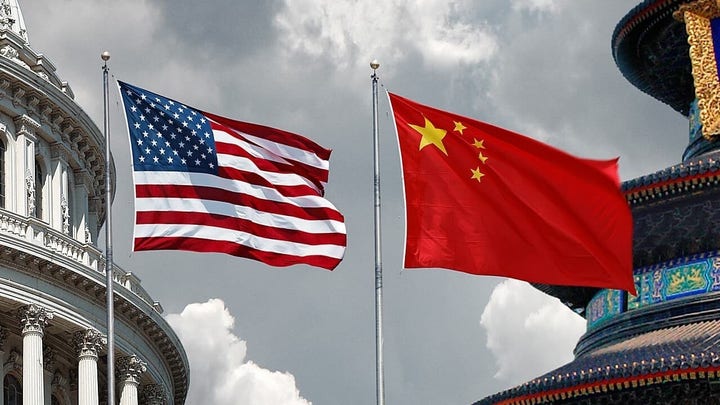 "They have mastered this game and they are using Americans here as pawns by now, deflecting accountability for COVID-19 by claiming that any allusion to China is now racist. And that's laughable," Ramaswamy said.