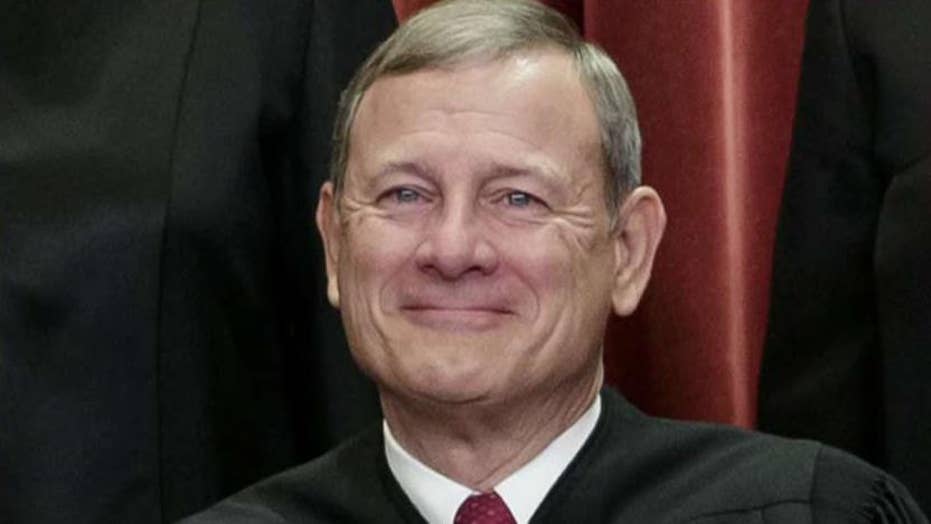 Saying "public confidence in the judiciary" was at stake, Chief Justice John Roberts on Tuesday urged Americans to become more engaged in learning about the role of courts in promoting democracy.

The written remarks came in the chief justice's annual year-end report, where he summarized the work of the nation's 94 district courts, 13 circuit courts and his own Supreme Court.

"We have come to take democracy for granted, and civic education has fallen by the wayside," Roberts said. "In our age, when social media can instantly spread rumor and false information on a grand scale, the public’s need to understand our government, and the protections it provides, is ever more vital."

The chief justice noted a number of his colleagues have worked in their spare time to teach young people about the Constitution, including Justice Sonia Sotomayor and retired Justice Sandra Day O'Connor, who founded the iCivics education nonprofit.

This year's report was relatively low-key, unlike previous summaries where workplace sexual harassment, judicial salaries and increasing caseloads were discussed.

The 64-year-old Roberts has tried to keep a low public profile in recent years, but has been the subject of recent criticism from both President Trump and Senate Democrats. He told an audience in September that he tries to ignore such attacks on him and the federal judiciary he leads as Chief Justice of the United States, his official title.

"It does not affect how we do our work. We will continue to decide cases according to the Constitution and laws without fear or favor," Roberts said. "That’s necessary to avoid the politicization of the court."

Roberts has rejected suggestions he is the new "swing" justice after the 2018 retirement of Justice Anthony Kennedy, whose vote would prove decisive. He remains a fairly reliable conservative on the 5-4 divided bench, with an 80-percent agreement rate last term among the court's other right-leaning members. That is the same percentage as Justice Clarence Thomas, arguably the most conservative member.

But Roberts' occasional drift to the left on issues such as health care and immigration enforcement has put him in the court's center, and in the best position to decide just far it will drift to the right, or left, among those hot-button divisive issues.

Texas Senator Ted Cruz discusses if any Republican Senators will vote to convict the President in the impeachment trial.

The high court by June will be poised to decide cases involving LGBTQ workplace rights, abortion access, the DACA program for young immigrants, guns and subpoenas for Trump's financial records. Other issues such as religious liberty and health care may also drop onto the argument docket.

As Roberts presides over his 15th term as chief justice, there has been much disagreement in the legal and political community over his leadership role on the high court. He has been described as someone deeply concerned about the court's non-partisan reputation, who seeks to move cautiously and incrementally, pushing back when he can against efforts to move his bench too far to the right, too fast.

And the chief justice could be poised to preside over a Senate impeachment trial, a constitutional requirement that will test his leadership skills against a highly partisan exercise. Ironically, some conservatives, angry at Roberts' June vote blocking a citizenship question on the 2020 census -- dealing a major setback to the Trump administration -- immediately called for his impeachment.

For now, Roberts is content to handle his day job, including promoting consensus and civility in the federal courts, especially his own.

"We should celebrate our strong and independent judiciary, a key source of national unity and stability," he said in his year-end report. "But we should also remember that justice is not inevitable. We should reflect on our duty to judge without fear or favor, deciding each matter with humility, integrity, and dispatch."