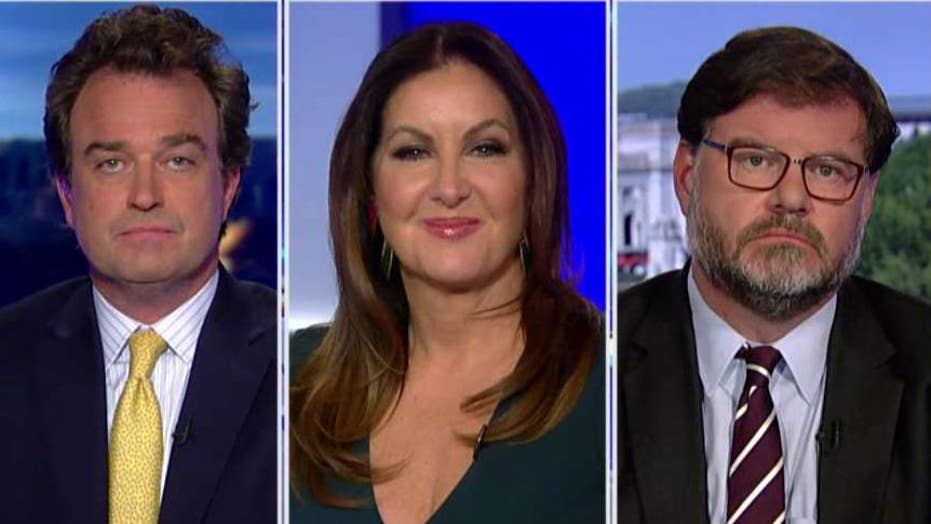 Medicare and Social Security are running out of money; reaction and analysis from the 'Special Report' All-Stars.

"The fact remains that they're going insolvent and something has to be done about it," Hurt said on "Special Report".

His comments came in light of a report in which trustees warned the programs were headed for insolvency.

In 2020, the report said, Social Security's total costs will exceed its total income for the first time in nearly four decades., and in seven years, Medicare's hospital trust fund will be depleted.

More progressive lawmakers, including Sen. Bernie Sanders, I-Vt., have proposed expanding Medicare to create a single-payer health care system. According to Hurt, that would only make matters worse by further centralizing power in the hands of bureaucrats.

"Unfortunately, the idea of 'Medicare for All' — on top of the problems that we're facing right now — is kind of the typical government answer: more centralized governance from Washington. That's the whole problem in the first place," he said.

"Massively" expanding Medicare, he added, wouldn't fix the program. "It's going to break it," he said.

Jonah Goldberg, a senior editor at National Review, argued that while President Trump's administration ignored the bleak future of Medicare and Social Security, Democrats proposed policies that would worsen the situation.

"We're having a massive wealth transfer from young people to old people," Goldberg said. "It's not sustainable, it's got to be ripped up from the ground up."

Although Hurt acknowledged the situation looked bad, he also predicted that the country's strong economic situation made it easier for the government to reform those costly programs. "It's going to be a lot easier to fix these programs with a good economy like the one we have right now," he said.