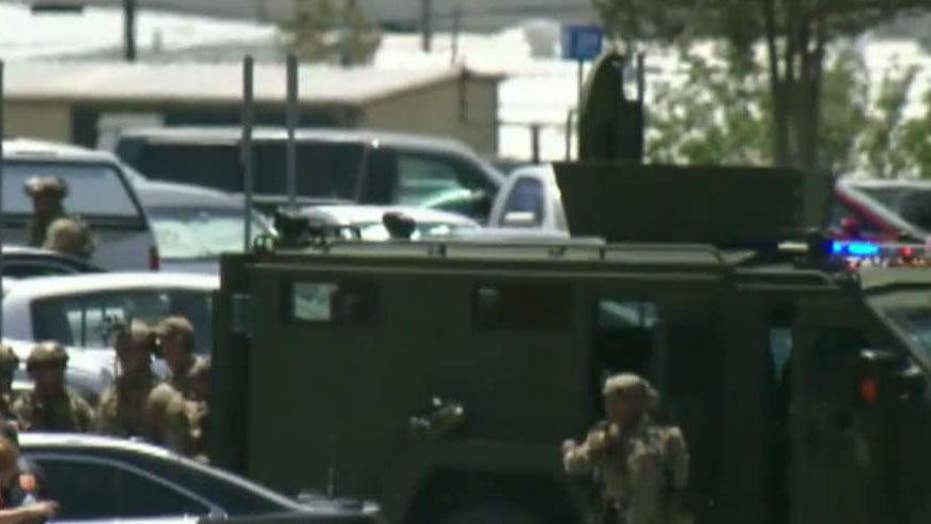 In January, Trump wrote on Twitter, "Humanitarian Crisis at our Southern Border. I just got back and it is a far worse situation than almost anyone would understand, an invasion!"

And at the White House in March, Trump remarked, “Last month, more than 76,000 illegal migrants arrived at our border. We’re on track for a million illegal aliens to rush our borders. People hate the word ‘invasion,' but that’s what it is. It’s an invasion of drugs and criminals and people. You have no idea who they are.”

Acting White House chief of staff Mick Mulvaney denied earlier on "This Week" that Trump had "downplayed" the threat of white nationalism.

After the New Zealand mosque shootings in March, Trump was asked whether white nationalism was "rising threat around the world." The president responded: "I don’t. I don’t really. It’s a small group of people...But it is a terrible thing.”

Castro, speaking to anchor Jonathan Karl, said that only the shooter bears "direct" responsibility. (In a statement released later Sunday, Castro echoed that comment, saying, “These shooters are ultimately to blame for their actions. They are attempting to terrorize us but I believe that the vast majority of Americans reject this hatred.")

"At the same time, as our national leader, you have a role to play in either fanning the flames of division or trying to bring Americans of different backgrounds together," Castro told Karl. "Most presidents have chosen to try and bring people together. This president very early on made a clear choice to divide people for his own political benefit. And these are some of the consequences that we're seeing of that."

Asked about the March interaction, Mulvaney said Trump has been misinterpreted.

"I don't believe that's downplaying it, look at what he said," Mulvaney said. "Look, this is not the same as international nuclear weapons. This is a serious problem, there's no question about it. But they are sick, sick people and the president knows that."

Mulvaney continued: "I don't think it's fair to try and lay this at the feet of the president. There are people in this country this morning thinking that President Trump was happy by this. That's a sad, sad state of this nation. He's angry. He's upset. He wants it to stop. I don't think it's at all fair to sit here and say that he doesn't think that white nationalism is bad for the nation. These are sick people. You cannot be a white supremacist and be normal in the head."

Responding directly to Mulvaney's comments, Castro told Karl, "You know, it's so unfortunate that not only our president, but his administration can't rise up to the challenge of leadership in these times."