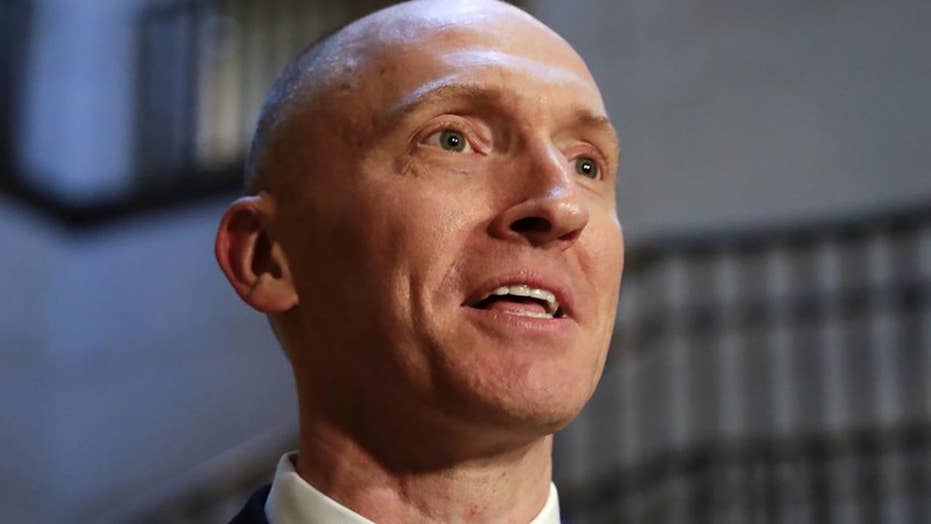 Eric Shawn: 'Carter Page is owed an apology'. . . and more

EXCLUSIVE: Former Trump campaign aide Carter Page is vowing to release "never-before-revealed" details from his experience at the center of the Russia investigation in a forthcoming book set to be released later this year.

Page’s book, which is slated to be published by Regnery Publishing in August -- just as the presidential general election battle moves into full swing, is expected to name government officials who allegedly abused the Foreign Intelligence Surveillance Act (FISA) system and detail "what happened" at the start of, and during, the Russia probe.

The title is "Abuse and Power: How an Innocent American Was Framed in an Attempted Coup Against the President."

Page was a central figure in former Special Counsel Robert Mueller’s investigation into whether members of the Trump campaign colluded with the Russian government during the 2016 presidential election. Mueller did not find any wrongdoing by Page and was unable to substantiate the anti-Trump dossier’s claims about him.

Last year, Justice Department Inspector General Michael Horowitz issued a long-awaited report finding that the FBI made repeated errors and misrepresentations before the Foreign Intelligence Surveillance Court (FISC) as the FBI sought to monitor Page in 2016 and 2017.

“Although my name was cleared by the Horowitz report, I don’t know if I will ever get my reputation back,” Page said. “The multiple parties involved in the Russia collusion hoax -- including the DNC [Democratic National Committee], the mainstream media, FBI and Justice Department -- must be held accountable.”

He added: “I still have many questions about that investigation. If you value your privacy, reputation and right to political expression, you should, too.”

Last month, the FISC also released a newly declassified summary of a Justice Department assessment revealing at least two of the FBI’s surveillance applications to monitor Page lacked probable cause.