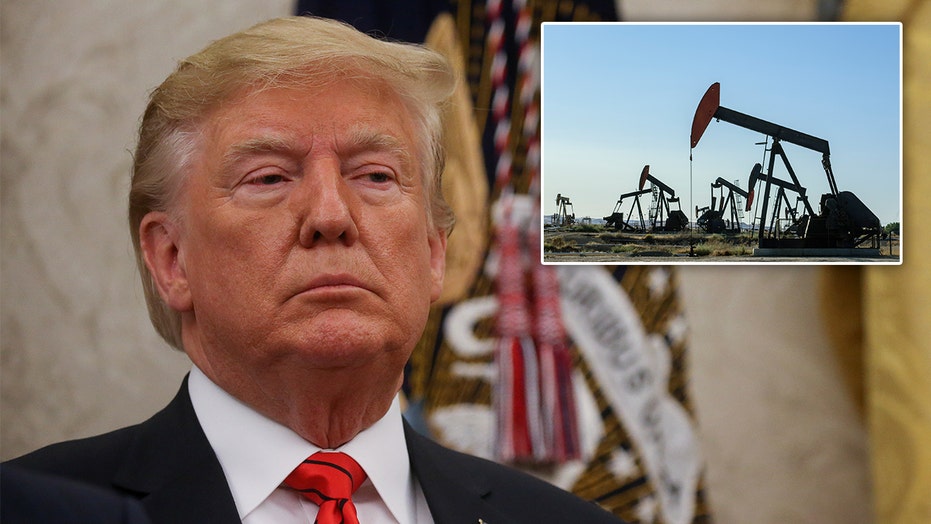 California leads the nation in the consumption of gasoline and jet fuel. The oil and gas industry provides more than 360,000 jobs and fracking helps the sector to pump annually into the state economy more than $55 billion in tax revenues.

Yet, today, state officials are threatening legal action after the Trump administration opened 1.2 million acres of federal land to drilling after a six-year moratorium.

“The Trump Administration’s Bureau of Land Management (BLM) wants to expose more than a million acres of public land in Central California to drilling and fracking using a patently deficient environment impact study,” said Attorney General Xavier Becerra. “That’s not how we do things in California. We’re prepared to do whatever we must to protect the health and safety of our people. We intend to be good stewards of our public lands.”

STUART VARNEY: ONE OF TRUMP'S GREATEST ACCOMPLISHMENTS GETS LEAST ATTENTION

Unlike drilling on private or state lands, the federal government collects a 12.5-percent royalty on every barrel of oil and gas produced on federal lands, providing billions to programs Congress approves. The BLM says drilling on the newly approved lands could generate $200 million annually and create 3,500 jobs in the Central Valley.

“This is a good thing, it gives California an opportunity to produce more of its own oil," said Bob Poole, of the Western State Petroleum Association.

"Currently, California uses 2 million barrels a day. Of those two million, we import over a million every day. This gives us the most opportunities available for us to produce our own energy under the most stringent environmental regulations.”

Environmentalists are not buying it. They oppose any new drilling and fear fracking will pollute groundwater and nearby waterways.

“We won’t let California’s stunning public lands be fracked and drilled without a fight,” said Clare Lakewood, an attorney for the Center for Biodiversity. “Trump and the oil industry want to expose our communities and wildlife to more toxic pollution. The future of our state and our fight against the climate crisis depend on stopping this vast fracking expansion in its tracks.”

The BLM says its court-ordered analysis found no adverse environmental impacts of hydraulic fracturing or drilling.

The administration's decision in California comes less than a month after Gov. Gavin Newsom said he would impose a moratorium on new high-pressure steam injection wells and review of all fracking permit applications.

“These are necessary steps to strengthen oversight of oil and gas extraction as we phase out our dependence on fossil fuels and focus on clean energy sources,” Newsom said in a written statement.

"Natural gas is the backbone of the generation sector in California," said Christopher Guith, of the U.S. Chamber's Global Energy Institute. "You can't have the massive amounts of renewables that California wants without gas. They need gas and their policies don't work without it. They should be thanking the Trump Administration for providing additional sources of gas that will help them run their economy."

A FracTracker website maps where new oil and gas wells are approved in California. Among others, it claims Newsom isn't doing enough to ban fracking and halt new permits. It shows Newsom approved more fracking permits than Brown.

Fracking, which injects water, sand, and certain chemicals at high pressure into tight rock formations, is common in the 10 California counties that produce oil. In Kern County, California's major oil-producing area, up to 60 percent of new oil wells are fracked, according to estimates by Halliburton.