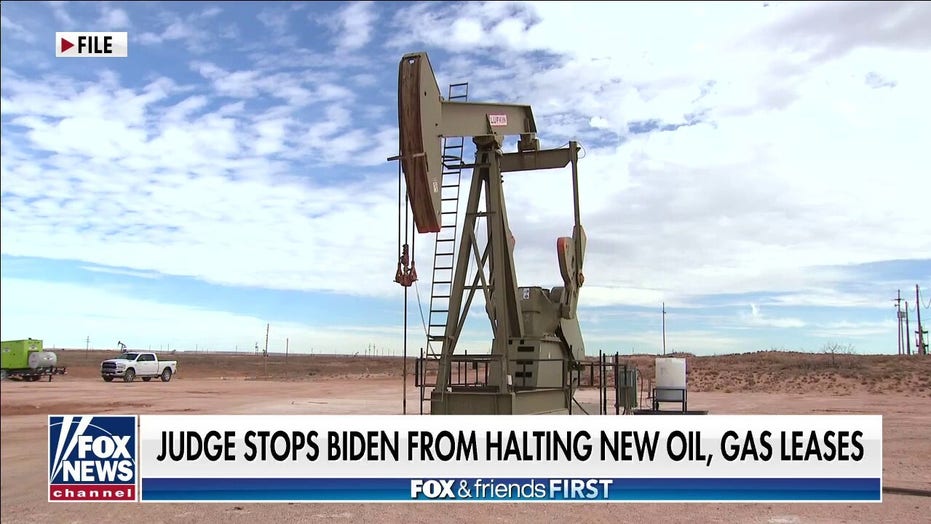 The judge says the administration does not have the legal right to pause energy projects without approval from Congress. Former coal miner Bo Copley on the cost of the president's climate policies.

California, where the cost of a gallon of gasoline is more than $1 above the national average, increased its gas tax on Thursday.

The increase is small - six-tenths of a cent - but brings the already highest-in-the-nation gas tax to 51.1 cents.

The hike is part of a road repair bill the California legislature passed in 2017 that increases gas taxes and vehicle registration fees to pay for bridge and road repairs. The tax is increased based on the California Consumer Price Index.

At the same time as the tax increase, California is facing a historic $75 million budget overflow, thanks to a booming Silicon Valley, a thriving stock market and high taxes on high earners. Meanwhile, California is due to receive $26 billion in federal aid.

The surplus drove Gov. Gavin Newsom, who is fighting against a recall election, to propose sending cash payments to middle-class residents.

Republican lawmakers last week called for a suspension of the excise tax on gas, noting the budget surplus.

"Rather than allowing Governor Newsom to run around the state handing out millions of dollars in free lottery tickets and other chum, we should instead use the budget surplus to reduce the obscene excise tax on gasoline purchases," state Sen. Brian Jones, R-Santee, said.

"California already has the highest gas prices and highest gas tax in the nation, but Gavin Newsom and Sacramento Democrats didn’t think that was high enough," California GOP Chairwoman Jessica Millan Patterson said in a statement. "Despite a budget surplus, Democrats ignored the calls for a Gas Tax Holiday, instead taking more from hard-working Californians who are simply trying to make their daily commute. Newsom’s California is oppressively unaffordable due to Democrat policies. We deserve a true leader who doesn’t think the answer to good governing is more taxes."