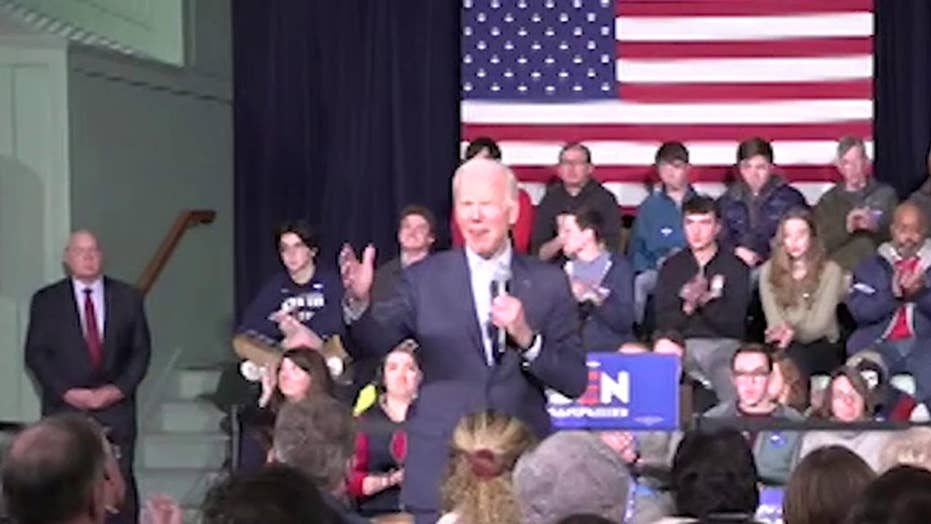 The Democratic hopeful said that there were a plethora of qualified candidates.

Pete Buttigieg, the small-town Indiana mayor who finds himself among the leading Democrats running for president, continued to take jabs at former Vice President Joe Biden, saying in an interview published Monday that he would not want to see his own son serving on the board of a Ukrainian company while he led anti-corruption efforts in the country.

Buttigieg made the comment during a wide-ranging interview with the Associated Press. The two candidates are seen by many voters as the leading moderates in the Democrat field.

The South Bend, Ind., mayor said he would "do everything we can to prevent even the appearance of a conflict. That's very important because as we see it can create a lot of complications even when there is no wrongdoing."

BLOOMBERG TALKS ABOUT WHAT HE'D DO WITH COMPANY IF ELECTED

He insisted that the issues raised about Hunter Biden and his father by Trump are diversionary tactics.

It remains to be seen how damaging Ukraine will be for Biden, but the issue has been raised on the campaign trail. On Sunday, hecklers in Milford, N.H., started chanting "quid pro Joe."

The Biden campaign declined to comment about Buttigieg’s remarks when reached by the AP. The office did not immediately respond to an after-hours email from Fox News. Buttigieg has repeatedly stressed that Biden is not a target in the impeachment proceedings.

This is not the first time the 37-year-old mayor took shots at Biden, 77, but the attacks appear to be intent on damaging the leading candidate less than two months before the primary. Vanity Fair ran a headline on Monday, “Pete Buttigieg Breaks out the Flamethrower on Biden’s Iraq Vote.”

The report pointed out an interview that Buttigieg had with local public television in Iowa where he criticized Biden’s initial support of invading Iraq.

"This is an example of why years in Washington is not always the same thing as judgment," he said.

Buttigieg has faced criticism from rivals for his scant national and foreign policy experience. The Vanity Fair report pointed out that "of all the leading candidates, Buttigieg has the least experience; Biden, who spent decades in Washington as a senator and eight years as vice president under Barack Obama has made his extensive experience a major selling point of his candidacy."

Buttigieg is polling first in Iowa and New Hampshire but is fourth nationally. Biden continues to lead the field.