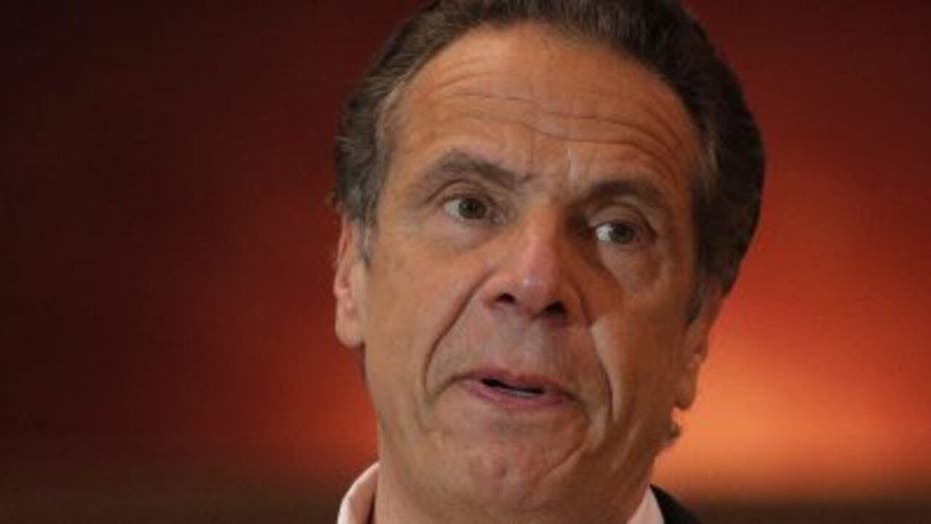 Bruce noted that African Americans especially have a distrust of government-orchestrated medical procedures, pointing to the U.S. Public Health Service's "Tuskegee Study of Untreated Syphilis in the Negro Male" which was conducted between the 1930s and 1970s.

But, in New York, as Cuomo once again allows fans to attend baseball games in the South Bronx at Yankee Stadium and in Flushing at the Mets' Citi Field, the government will mandate that spectators be checked for proof of vaccination from the coronavirus.

She compared Cuomo's new policy to forcing unvaccinated Americans to "the back of the bus" -- a reference to the way African Americans were forced to sit in the back of public transit.

"Effectively, it's a vaccine passport, where if you're unvaccinated you'll be sitting in the back of the bus," she said. "Keep in mind this is about segregating groups of Americans based on what you've allowed the government to do to you."

"It is clear that people are getting vaccinated, and yet Andrew Cuomo -- the governor who is somehow still making decisions for how the reopening of New York is going to go ... is going to separate the vaccinated from the unvaccinated," Bruce said.

"[This] is remarkable because this is a man who made decisions in the midst of the pandemic that cost thousands of lives," she said, pointing to Cuomo's orders relating to readmitting COVID-positive patients into nursing homes full of at-risk individuals, many of whom died."

In a televised announcement, Cuomo declared "normal seating" in stadiums for people who can prove they were injected with a coronavirus vaccine serum.

"For unvaccinated people, the 6-foot distancing [policy] applies with masks [and] 33 percent [capacity] in those sections."

Cuomo, Bruce noted, is creating a two-tiered society for people based on whether they underwent a specific medical procedure -- something that until now, was protected by privacy laws.

"This entire situation is absurd," she said, calling Cuomo's new policy a violation of civil liberties.

"[Y]ou have to prove what is supposed to be private health information to a private vendor -- that immediately sets you up to be shunned or judged -- for a medical decision that is nobody's business," she said.

"Our country has a history of segregation of people who don't fit some kind of a standard or are based in an attitude of bias and bigotry," Bruce later explained. "And there are many people in the African-American community who have an understandable suspicion for being manipulated by the government for their health," she said, pointing specifically to the Tuskeegee experiments.

Bruce added that the Cuomo administration might be returning to his past history of enacting scientifically questionable policy like the nursing home scandal, pointing out that it is safer to intersperse unvaccinated people with vaccinated people than to group unvaccinated people together in the same section -- which could potentially lead to a better chance of infection.

Fox Nation programs are viewable on-demand and from your mobile device app, but only for Fox Nation subscribers. Go to Fox Nation to start a free trial and watch the extensive library from Tomi Lahren, Pete Hegseth, Abby Hornacek, Laura Ingraham, Ainsley Earhardt, Greg Gutfeld, and many more of your favorite Fox News personalities.