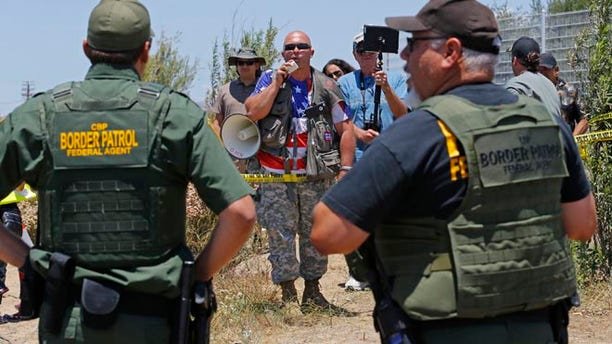 A Border Patrol union claims that illegal immigrant minors are coming into the U.S. with "active scabies and other illnesses," claiming one of its agents already has contracted the mite-borne skin infection and warning it could spread into surrounding communities if precautions are not taken.

The union's warning comes amid claims of tuberculosis at one camp in San Antonio and Texas Gov. Rick Perry's testimony last week of a confirmed case of H1N1, or swine flu.

The medical issues pertain to illegal immigrant minors crossing the U.S.-Mexico border and being detained in Texas and other states. The most detailed information so far has come out of the San Diego Local 1613 chapter of the National Border Patrol Council.

"Border Patrol management is aware of the scabies outbreak but continue to ignore recommendations," Ronald Zermeno, health and safety director for the San Diego chapter, wrote to a top California Border Patrol official in a July 4 letter.

The chapter revealed Friday that one of its agents had contracted scabies, "sometime during routine processing of the first group of 140 illegal immigrants from Texas."

In his letter, Zermeno warned about the possibility of these cases spreading and raised alarm about the alleged lack of precautions being taken during the screening process.

The agent in question, he said, was doing medical screenings of detainees despite not being a medical professional.

“He observed several people with open sores and which he recorded on the questionnaire,” Zermeno said. “He was not told about any precautions to take such as decontamination of himself and uniform. This demonstrates that we are not properly trained to identify infectious disease and to properly respond when we suspect a disease.”

He added that agents do not know which detainee may have passed on the illness, and said they suspect “they could have been already transferred to ICE custody and may have already been released in the surrounding communities.”

According to the CDC, scabies is caused by the human itch mite, which burrows into the top layer of a person’s skin and lays its eggs. Symptoms include severe itching and a skin rash. The infection can spread rapidly in crowded areas like “nursing homes, extended-care facilities, and prisons.”

Zermeno urged the agency not to release detainees while they await deportation hearings, or at least to quarantine them before release “to ensure that they will not transfer infectious diseases such as scabies into our communities.”

Internally, the chapter is urging agents to bring a second set of clothes to work, and to place clothing in a plastic bag to transport it to a washing machine after work. Further, they’re urging agents to use gloves to handle all bedding and clothing.

According to the Department of Health and Human Services, any unaccompanied minor caught crossing the border is given what's called a "well-child" exam as well as any needed childhood vaccinations. They are also screened for tuberculosis and get a mental health exam.

According to the department, if they have or have been exposed to a communicable disease, they are put in a facility "that has the capacity to quarantine."