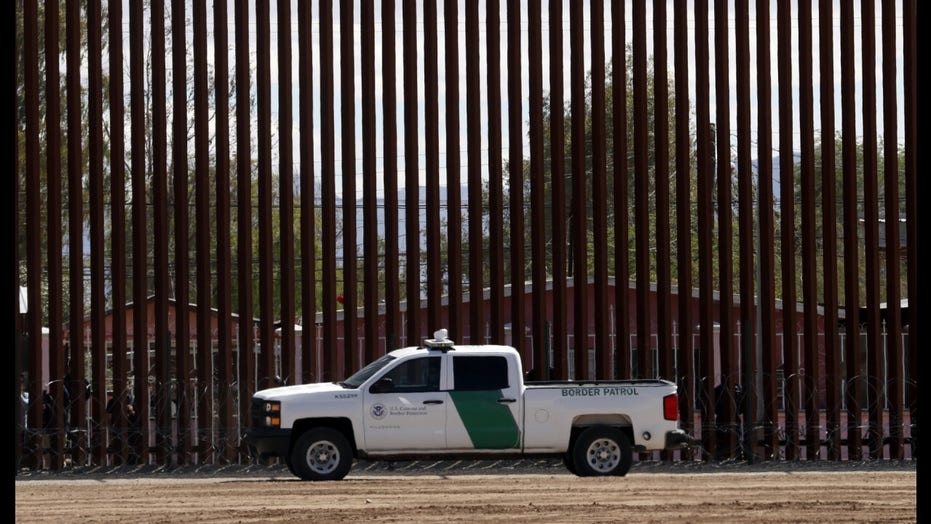 Border patrol continues to face an overwhelming number of migrants

FIRST ON FOX: Brent Smith sees first-hand how illegal immigrants have wreaked havoc on ranchers and farmers located along the U.S.-Mexico border, from regular property damage to constant fears of going outside at night.

Smith, the county attorney for Texas's Kinney County, said he's prosecuting an uptick of cases of trespassing by undocumented immigrants trying to evade Border Patrol and cross into the United States on private property in Texas.

Raised in a ranching family, Smith also gets an earful from local property owners whose fences are routinely damaged by illegal immigrants cutting them or driving through them with stolen vehicles in an attempt to enter the United States.

Ranchers must constantly patrol their fences for breaks and move to quickly repair them to ensure their livestock don't escape onto the highway, posing a danger to motorists, Smith said. The daily struggle is taking its toll on the agriculture community and their bank accounts.

"We're left with no one paying for the fence," Smith told Fox News. "There's no insurance company that covers that. So the farmers and ranchers themselves have to pay for it."

"The people here are absolutely tired of it," Smith continued, referring to the influx of illegal immigration. "I know a couple of families that are actually moving away and leaving the county because of the danger."

But some relief may be on the way.

Rep. August Pfluger, R-Texas, introduced bipartisan legislation in the House to reimburse farmers and ranchers on the frontlines of the border crisis for the vandalism and damage they are enduring.

The legislation would reprogram $300 million from unused coronavirus rescue dollars and set up a new fund to pay farmers for damages from illegal immigration, including livestock loss, crop loss and damage, perimeter fence replacements, damages to physical structures and property loss.

Pfluger told Fox News that President Biden's border policies have exacerbated the problems and farmers and ranchers are losing millions from the damage.

"The magnitude of this problem is now so problematic that every single rancher in a border county is feeling the pain," said Pfluger, who recently visited the southern border with former President Trump.

The legislation has the endorsement of the Texas Farm Bureau and National Cattlemen's Beef Association. In addition to Pfluger, the bill is sponsored by another Republican, Rep. Tony Gonzales, and two Democrats, Reps. Henry Cuellar and Vicente Gonzalez, all of Texas.

"Texans should not be responsible for the losses at the hands of the Biden border crisis and are entitled to reimbursement for the damages they have sustained," Gonzales said in a statement to Fox News.

"The cost of illegal immigration is growing," Cuellar said in a statement to Fox News. "Farmers and ranchers are confronting damages to their crops and residences by illegal immigrants trespassing to avoid law enforcement."

Advocates for the legislation say what's really needed is a permanent fix to the border crisis to stem the tide of migrants flowing into the United States, but until then struggling farmers and ranchers need immediate relief.

"We must continue working together to address the root causes of migration to prevent these incidents from happening,"  Gonzalez said in a statement.

In the meantime, Smith says farmers and ranchers in his border hometown live in fear.

"We can no longer go out at night," Smith said. "Once it gets dark, you better be armed if you're outside."

"It's become even more dangerous. Where we live, we don't enjoy the same freedoms as other Americans do," Smith continued. "We can't go out to our backyard anymore. We can't have any picnics outside anymore without fear of illegal aliens coming up on us. The cartels operate both sides of the border right now with impunity."