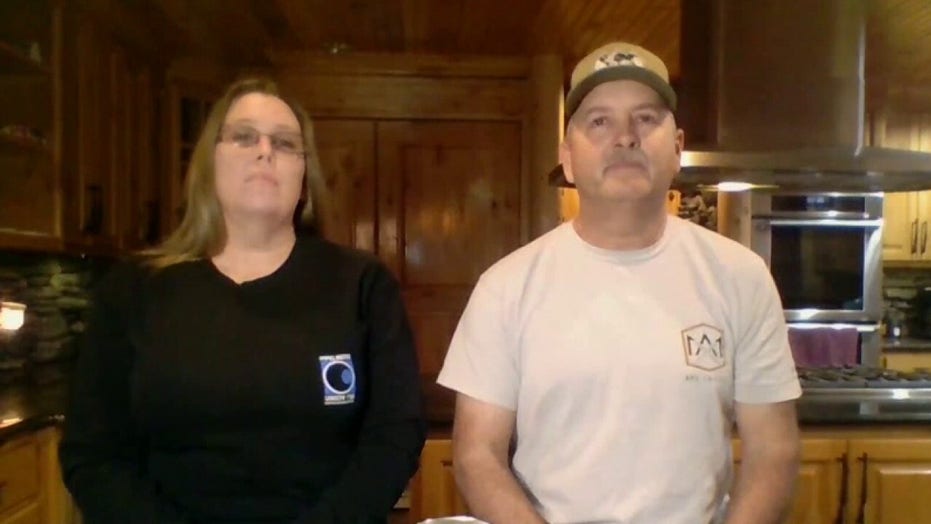 David and Kristina Dickerson discuss how the cancellation has affected their family on ‘Fox &amp; Friends.’

FIRST ON FOX: Reps. Lauren Boebert and Chip Roy launched an effort Wednesday to force a House vote on reversing President Biden's oil and gas executive orders that the GOP lawmakers panned as detrimental to the economy and America's energy independence.

Boebert, R-Colo., and Roy, R-Texas, launched a discharge petition to revoke Biden's moratorium on new oil and gas leases on federal lands and his decision to stop the construction of the Keystone XL oil pipeline.

"President Biden's assault on American's energy production is causing the skyrocketing gas prices that we're seeing at the pump," Boebert told Fox News in an interview on Wednesday. "Thousands have lost their jobs and tens of thousands will be losing their jobs. Meanwhile the rest of the world, they're laughing at us as we purchase more energy from countries that hate our guts."

Boebert continued: "I wanted to take a stand. We've got to stop putting hardworking Americans last."

Among his first actions in office, Biden revoked the permit of the long-disputed Keystone XL pipeline that would carry oil from Canada through 1,700 miles of pipeline down to the Texas Gulf Coast. Biden also put a 60-day pause on the issuance of new permits and leases for drilling and fracking on federal lands. Days later, he signed an executive order suspending new oil and gas leasing in an effort to combat climate change.

"If you wanted to design a more reckless and frankly stupid series of executive actions targeting our energy industry and undermining American people, I'd actually have a difficult time coming up with one that is more destructive than what Biden and company are doing," Roy told Fox News in an interview.

A discharge petition requires a majority of the members of Congress to sign on to be successful, so that means Boebert and Roy would need at least six Democrats to break ranks. The lawmakers are first eyeing four Democrats in Texas who initially asked Biden to rescind his moratorium on oil and gas leasing on federal lands.

"Now is not the time to jeopardize American jobs, or the critical tax and royalty revenues that federal leases generate for local, state, and federal government that need funds now," Democratic Texas Reps. Lizzie Fletcher, Vicente Gonzalez, Henry Cuellar and Marc Veasey wrote in a letter to Biden in January the Houston Chronicle reported.

If Boebert and Roy gather 218 signatures, they can force a vote on the House floor on whether or not to repeal Biden's executive actions.

"I want to know which Democrats aren't going to stand up for energy freedom," Roy said.

But many Democrats and environmentalists have praised Biden's effort to clamp down on fossil fuels as a necessary step to transition to greener energy sources. Progressive Democrats are still pushing the Green New Deal, which Rep. Alexandria Ocasio-Cortez reintroduced Tuesday.

"The last four years have been a feeding frenzy on our public lands and waters, and this moratorium is the right way to start our overdue transition to a more sustainable economy," Raúl Grijalva, D-Ariz., the chair of the House Natural Resources Committee, said of Biden's executive actions at the time.

Boebert introduced the underlying legislation, Protecting American Energy Jobs Act, back in February and garnered 23 GOP co-sponsors. The bill sits in a committee with little chance of the Democratic-led majority taking it up.

Now, joining forces with Roy, Boebert is trying to fast-track the legislation immediately to the House floor through the discharge petition strategy.

The American Petroleum Institute projects a drilling ban on federal lands and waters extended through 2030 would result in 1 million job losses by 2022 with the biggest impact being felt in the states of Texas, Wyoming and New Mexico.

The U.S. oil and gas industry supports 10.3 million jobs, with workers making an average salary of $101,181, according to a 2015 study from PricewaterhouseCoopers and the American Petroleum Institute.

Boebert's husband works in the energy industry as a drilling foreman on a natural gas rig and remains employed, she said.

Both Boebert and Roy said they are supportive of energy alternatives to oil and gas, including nuclear, but they argue America should not be turning its back on oil and gas.

"America needs to be leading, not pulling back," Roy said.

"We're embracing a reliable form of energy, and we are rejecting socialism," Boebert added. "That's what the Green New Deal is. Americans support American energy. We make the most reliable cleanest energy in the world, and we should have a vote in Congress to see who actually supports these job-killing regulations that we're seeing come from the Democrat Party and from President Biden."