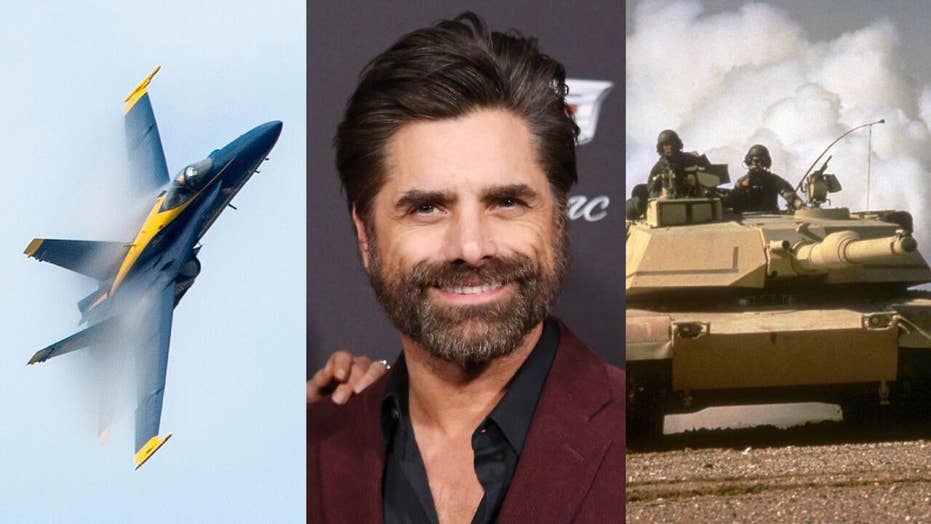 President Trump is in full executive producer mode, putting his mark on this week's Fourth of July festivities in Washington, D.C.

From his now-famous Trump Tower escalator ride to announce his 2016 campaign to last weekend’s historic saunter into North Korea, President Trump has never been one to shy away from a spectacle. And the president, in full executive producer mode, is similarly putting his mark on this week's Fourth of July festivities in Washington, D.C.

Celebrations across the capital include a demonstration by the U.S. Navy’s Blue Angels flight squadron, close to $1 million worth of fireworks being set off and, if the president gets his way, a display of Abrams tanks and other armored military vehicles lining the National Mall. Separately, PBS will be putting on a star-studded concert to be hosted by '90s heartthrob and “Fuller House” actor John Stamos.

Fourth of July celebrations in D.C. are going to look a lot different this year. (Getty Images, File)

All this, in addition to an address by Trump himself.

“This is going to be a fantastic Fourth of July with increased access across the National Mall for the public to enjoy music, flyovers, a spectacular fireworks display, and an address by our Commander-in-Chief,” Secretary of the Interior David Bernhardt said in a statement.

Bernhardt added: “We received an extraordinary donation for a phenomenal fireworks display, and our colleagues from the Department of Defense will be providing a one-of-a-kind music and air power experience including a flight demonstration from the Blue Angels.”

While Trump’s “Salute to America” is meant to be a grandiose celebration of the country and military, it's generated plenty of criticism in the capital as Democrats accuse him of going over the top and exploiting the celebration for political purposes.

And confusion has marked the weeks and months leading up to the affair, with some plans still up in the air as officials scramble to finalize details before the Fourth of July. 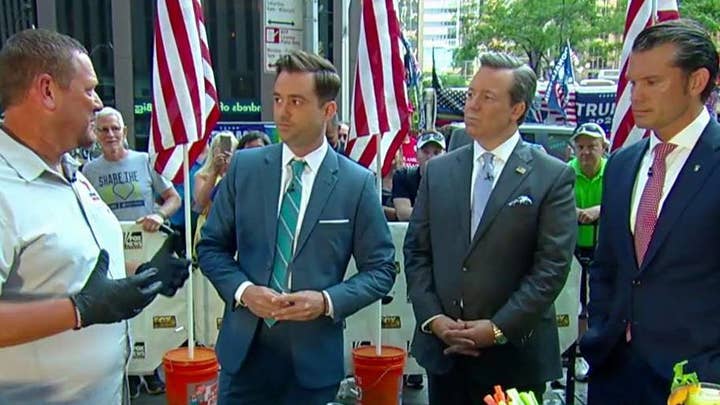 One of the biggest questions still to be answered is whether those tanks can be placed on the National Mall.

According to The Washington Post, Trump became enamored with the idea of a military-style parade after witnessing France’s Bastille Day celebration and only begrudgingly backed off plans for a similar parade for Veterans Day in 2018 after Washington officials complained about the costs and potential road damage from military vehicles.

A single armored military vehicle can weigh in excess of 60 tons and the heavy tracks on Abrams tanks can wreak havoc on asphalt.

Trump, however, seems undeterred and Pentagon officials told the Post that they are discussing the possibility of having static displays of the armored vehicles in place for the Independence Day celebrations.

Officials are also still working on a distribution system for tickets to the VIP section for the event and how to deal with the expected crowds. 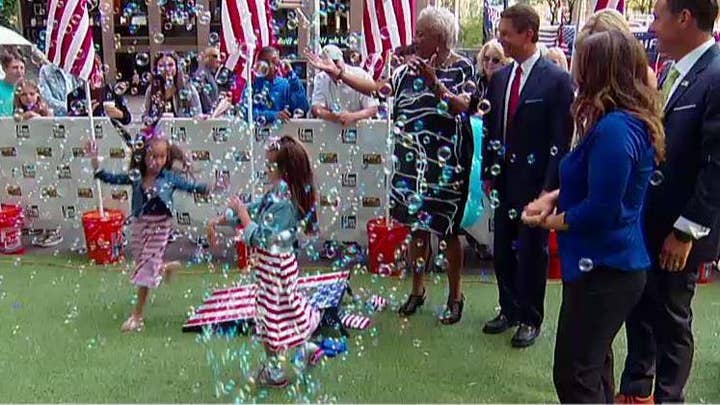 The tanks and tickets may be figuratively up in the air for the Fourth of July, but what will actually be in the skies are the fireworks -- a lot of them.

With $750,000 worth of fireworks donated on top of the approximately $271,000 worth generally allocated for the Fourth of July events, administration officials say that this year’s display will be roughly twice as long as last year’s and will include a number of new elements, such as an enormous American flag and the words “U.S.A.” spelled out in the sky.

Along with the aerial demonstrations, fireworks and other festivities, PBS's 39th annual “A Capitol Fourth” concert will take place on the West Lawn of the Capitol and include performances by singer-songwriter Carole King, actress and singer Vanessa Williams, pop star Colbie Caillat and a special appearance by the Sesame Street Muppets. A representative from PBS said “A Capitol Fourth” was not affiliated with Trump's “Salute to America,” which is to be held at the Lincoln Memorial.

Trump's critics are upset at his changes to the celebration, especially the additional cost to taxpayers and the president's slated address to the nation from the Lincoln Memorial. 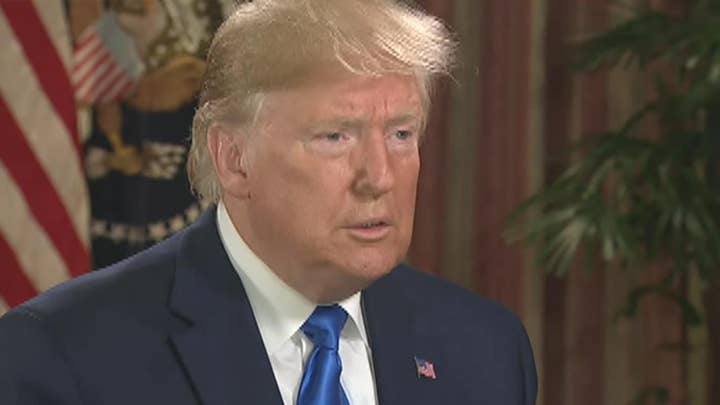 “President Trump’s efforts to insert politics into a celebration of our nation’s history is extremely alarming,” House Majority Leader Steny Hoyer, D-Md., said in a statement last month. “Forcing taxpayers to foot the bill for what amounts to a political rally is irresponsible and a misuse of funds. I strongly urge the president to reconsider his proposed event.”

Hoyer is among several House Democrats who wrote a letter to Trump on June 6 asking him to abandon his plans, saying they worry it will “create the appearance of a televised, partisan campaign rally on the Mall at public expense.” In asking the president to reconsider, Democrats accused him of wanting to make the event about himself.