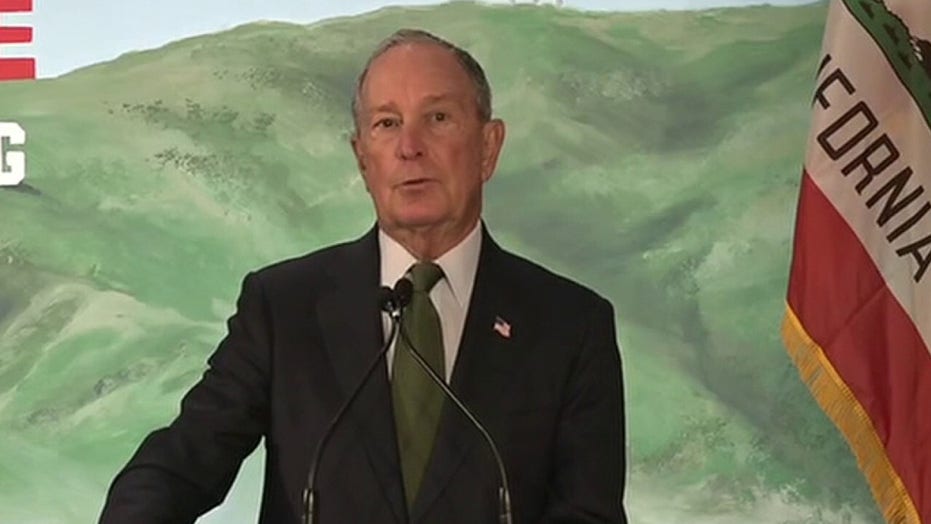 While promoting a $127 million, three-year initiative to help minorities in the workplace in 2011, then-New York City Mayor Michael Bloomberg declared that there's "this enormous cohort of black and Latino males" who "don't know how to behave in the workplace" and "don't have any prospects."

The head-turning comments in a resurfaced interview were just the latest headache for the multibillionaire's campaign. In the past week, Bloomberg has been confronted with his previous claims that farming doesn't take much intelligence and that "anybody" could do it, as well as his insistence that the way to get guns "out of the kids' hands is to throw them up against the wall and frisk them." Additionally, Bloomberg has taken heat for suggesting that a functioning health care system must let the elderly die.

Speaking to PBS in the 2011 interview, Bloomberg noted that he had donated $30 million from his foundation to Open Society Foundations, the network established by liberal billionaire financier Goerge Soros, toward the new plan to enhance employment among minorities.

Taxpayers and Soros himself contributed to the jobs initiative, which set up job recruitment centers in public housing projects, placed probation centers in "high-risk" areas, and linked black and Latino success in schools to Department of Education "progress reports."

“Well, for a long time, people have said there's nothing you can do about it, but blacks and Latinos score terribly in school testing compared to whites and Asians. If you look at our jails, it’s predominantly minorities,” Bloomberg said in the interview.

He added: “If you look at where crime takes place, it’s in minority neighborhoods. If you look at who the victims and the perpetrators are, it’s virtually all minorities. This is something that has gone on for a long time. I assume it’s prevalent elsewhere but it’s certainly true in New York City. And for many, many years, people said there's just nothing you can do about it."

In the past 10 years, Bloomberg said, the city had made some progress and diversified its police force – but troubles remained.

'ANYBODY' CAN LEARN TO FARM VERY QUICKLY, BLOOMBERG ANNOUNCES

Some possible solutions, Bloomberg suggested, might be reuniting some at-risk youths with their fathers.

"There will be jobs, if we can get these kids – uh, get their families together, even if their fathers don't live with their mothers, or have never been married, or even they're in jail, get the fathers engaged," Bloomberg added. "Lot of statistics show that if the father is engaged, it gives the kid some understanding that he's heading down the wrong path – and assign mentors to them."

He went on: "A lot of these kids – it isn't that they're bad kids – it's that once they've made a mistake, it's very difficult to recover from that. But we have an obligation to them – if not for compassionate reasons, just for selfish reasons. Three-quarters of all kids in New York City that go to jail serve a period and come out, go right back to jail. Three-quarters of them. ... We've just got to break that cycle."

The comments drew the ire of both conservatives and some progressive activists, who have cautioned that Bloomberg might effectively buy his way to the nomination – and then fail catastrophically in a general election.

"For Bloomberg supporters (or those of you who, deep down, know you will be but aren't prepared to come out of the closet yet), a genuine question: Do you disbelieve that a huge portion of the left will refuse to vote for him, or do you believe he can win despite that?" asked journalist Glenn Greenwald.