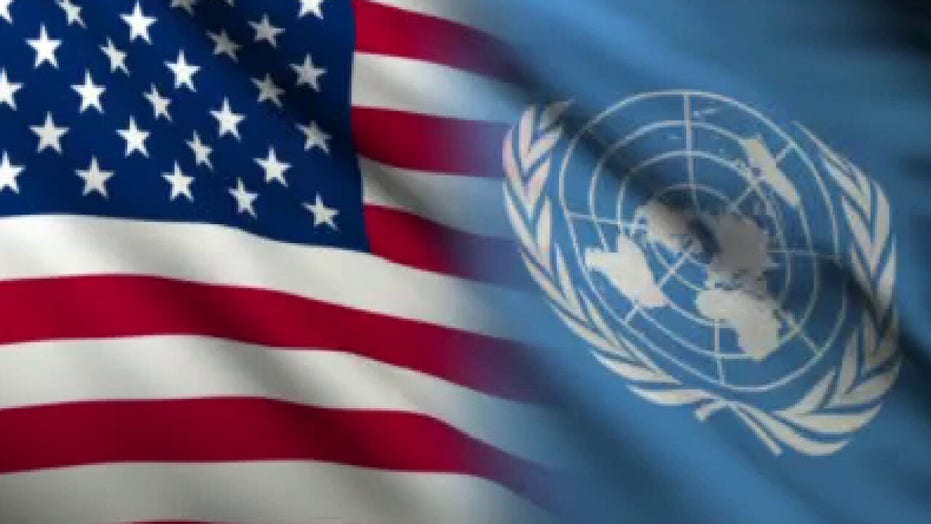 FIRST ON FOX – Sen. Marsha Blackburn, R-Tenn., and Republican Rep. Michael McCaul, R-Texas, on Wednesday are set to introduce bicameral legislation that they say will counter U.S. adversaries at the United Nations.

The legislation, titled the "United Nations Transparency and Accountability Act," specifically calls out Russia and China, and says it would expose any member nations that fail to uphold the U.N. Charter.

It would "strengthen" the United States’ role in the U.N. system by requiring the Department of State to promote the hiring of American citizens there, and in other international organizations.

The Kremlin has "manipulated the United Nations procurement process to its own benefit," the legislation says, and China has "used its leadership roles within the United Nations to block nongovernmental organizations critical of the PRC from being accredited to the U.N," while its diplomats have "violated U.S. rules."

"Authoritarian regimes, such as the Chinese Communist Party, cannot be allowed to continue their uncontested malign activity at the United Nations," Blackburn told Fox News., adding that the bill will "strengthen America’s influence as a key U.N. member nation and expose the threat adversarial countries pose to international organizations."

"This work is critical to holding authoritarian regimes accountable for their relentless campaigns against democracy and human rights," Blackburn said.

"For far too long, the Chinese Communist Party and other malign actors have infiltrated the United Nations in pursuit of their own goals," McCaul told Fox News. "Key reforms are necessary to increase transparency and ensure accountability in the U.N. system."

He added: "By having strong U.S. engagement and leadership, we can better counteract our adversaries who try to undermine the founding ideals of the United Nations and prevent us from solving international problems."

The bill would require the U.S. to identify, report and hold accountable member states that "engage in malign influence operations and United Nations employees who act inconsistently its the principles of impartiality enshrined in the United Nations Charter," as well as to support Taiwan’s membership or "meaningful participation" in relevant U.N. entities.

The bill would also direct the secretary of state to increase the number of U.S.-sponsored junior professional officer positions by 50%, and empower the president to name countries found to be conducting malign influence operations within the U.S. system as "malign global actors."

As for contributions to the United Nations, amid "repeated revelations of waste, fraud and abuse," the bill would require "institutional transparency and accountability" within the U.N.