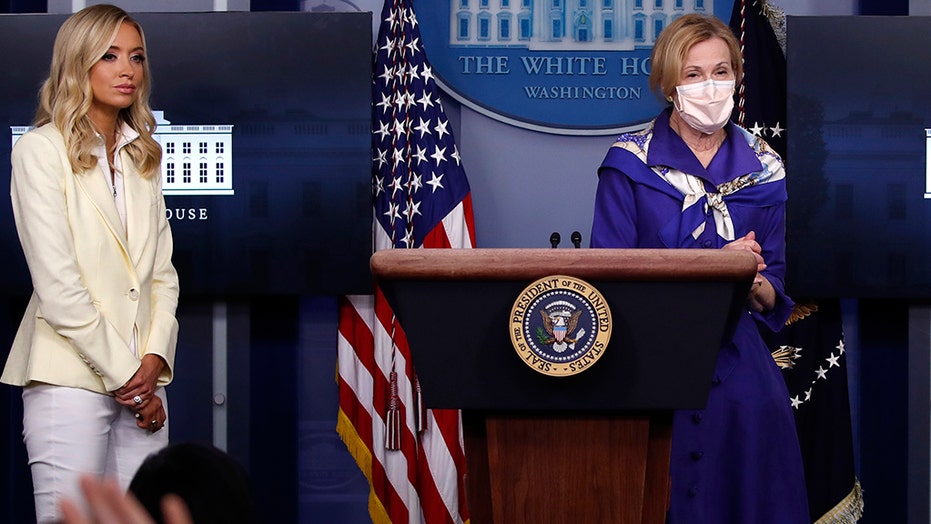 Dr. Deborah Birx on Friday announced a “dramatic decline” in coronavirus deaths and hospitalizations across the country, particularly in the New York City metro area.

"A dramatic decline across the states" has also been seen in the positivity rate, as testing capabilities are expanded, said Birx, the White House coronavirus response coordinator, during a briefing with reporters.

Birx called out three metro areas where the positivity rate has either stalled or increased: Washington, D.C., Baltimore and Minneapolis.

She said D.C. has the "number one" highest positivity rate of any metro area in the country, adding that "went through their logarithmic phase and are now at a high plateau with an unchanging number of cases day over day."

Speaking about opening churches after Trump announced houses of worship would be considered “essential,” Birx called on people who have comorbidities in areas with high COVID-19 cases to “wait a week.”

TRUMP ANNOUNCES THAT HOUSE OF WORSHIP ARE 'ESSENTIAL,' CALLS ON GOVERNORS TO OPEN THEM UP

"Certainly, people that have significant co-morbidities, we want them protected. I know those houses of worship want to protect them,” said Birx. “Maybe they can't go this week if there's a high number of COVID cases. Maybe they wait another week."

With regards to testing, Birx said that every state had met the 2 percent threshold to begin reopening as laid out in the White House guidelines.

Birx also encouraged people to go outside this weekend for Memorial Day, but urged them to maintain 6 feet of social distancing. She said it was acceptable to even "consider sharing social distance space" with those outside the home, with the right precautions.

"Understand you can go out, you can be outside, you can play golf, you can go to beaches, if you stay six feet apart," Birx said.