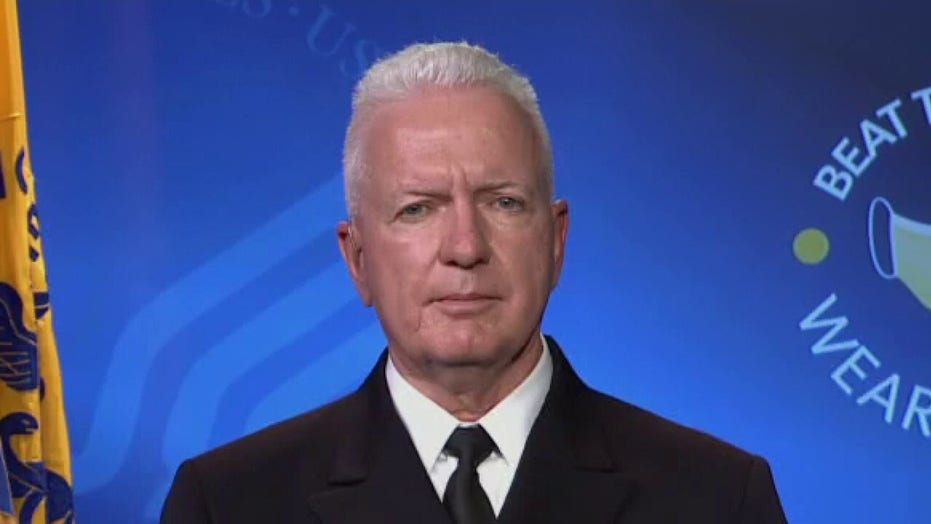 Assistant HHS Secretary Admiral Brett Giroir weighs in on the coronavirus pandemic on ‘The Daily Briefing.’

The leaders of the House Problem Solvers Caucus Friday expressed optimism that Republicans and Democrats will soon come together on a major coronavirus deal to continue supplemental unemployment benefits, help struggling small businesses and fund the reopening of schools.

Reps. Tom Reed, R-N.Y., and Josh Gottheimer, D-N.J., predict an agreement will come within a matter of days. Negotiators are under pressure to act due to Friday's expiration of $600-per-week federal unemployment benefits, schools needing help to reopen this month and lawmakers wanting to preserve their August recess.

"I think we're going to get this done this coming week," Gottheimer said in an interview with Fox News on Friday. "...With the Senate coming in this (next) week, this is really when I believe it'll get negotiated and I presume that (the House) will come back at the back end of the week to vote on it."

Reed said he's confident the White House and House and Senate negotiators will find a middle ground between the House's $3 trillion bill that passed in May and the Senate GOP's $1 trillion proposal that was unveiled this week.

“Obviously, we have to do a deal," Reed told Fox News. "Not to do anything is a disservice to the American people. The institution of Congress is better than that."

Reed and Gottheimer have a knack for working out bipartisan solutions as co-chairs of the 50-member caucus that's equally split between Republicans and Democrats. The Problem Solvers Caucus already put out a checklist back in April on how to reopen the economy safely.

Their optimism about a deal stems from the seriousness of the economic and health crisis and the pressure lawmakers are under to act quickly.

"It is amazing when the deadline comes, the Beltway will respond and put a package together," Reed said of the often chaotic nature of last-minute deals in Washington DC.

More than 30 million unemployed Americans will lose their $600-per-week supplemental payments starting Friday, putting additional strain on out-of-work households. Meanwhile, small businesses and restaurants continue to hurt due to the economic fallout of the ongoing pandemic and lost capacity from social distancing restrictions.

"Given these realities, people are going to have to act," Gottheimer said. "I think both sides realize that there's no other choice."

While there are many differences between the House Democrats' bill and the Republican plan, Reed and Gottheimer say they should find bipartisan agreement on funding for state and local governments, additional small business loan support, another round of direct stimulus payments, restoring some level of supplemental unemployment benefits and helping equip schools and campuses to safely reopen.

"We'll obviously have to find some sort of middle ground between all sides here, but I'm really optimistic that we will achieve it," Gottheimer said.

Reed predicts Democrats and Republicans will find a cost compromise, in part, by reprogramming some of the unused money from the $150 billion coronavirus relief fund for state and local governments and the $659 billion Paycheck Protection Program (PPP) for small businesses.

On Friday, White House and Congressional negotiators seemed very far apart on a deal, with both sides blaming the other for the impasse.

Both Reed and Gottheimer offered one piece of advice to their party's leaders.

"Stay in the room," they said.