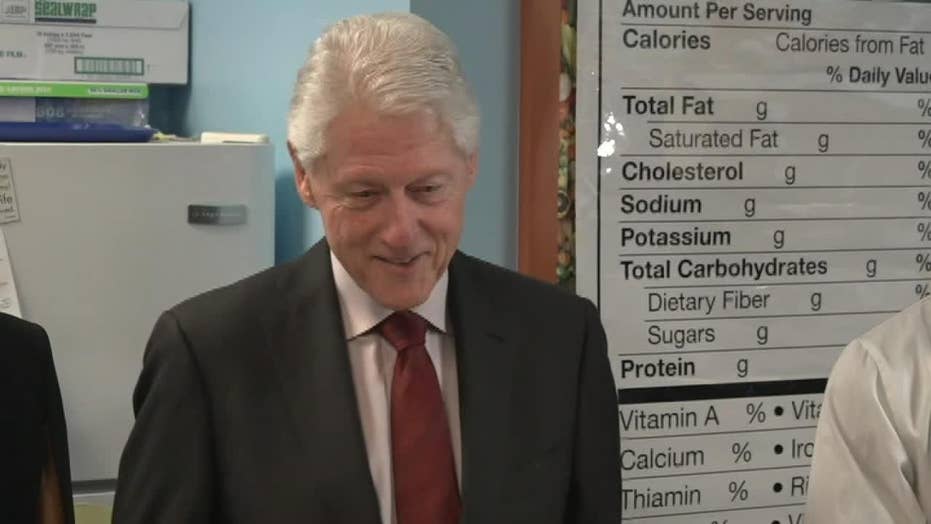 Bill Clinton comments on articles of impeachment against President Trump

Raw video: The former president comments on the impeachment inquiry following the announcement that Democrats have unveiled two articles of impeachment.

Former President Bill Clinton, the only living American president to have gone through the same process, weighed in Tuesday on House Democrats' bid to impeach President Trump -- saying lawmakers are doing “what they believe is right.”

“They’re doing their job as they see it and we should wait to see it unfold,” Clinton told Fox News while touring a Clinton Foundation program in New York City. “And the rest of us should go about our jobs and do them as we see it.”

House Democrats on Tuesday announced two articles of impeachment against Trump, accusing him of abuse of power and obstruction of Congress over his interactions with Ukraine.

Clinton was impeached in 1998 for perjury and obstruction of justice related to the Paula Jones and Monica Lewinsky controversies but was acquitted in the Senate.

Elaborating to a gaggle of reporters, Clinton said: “Congress is doing what they believe is right.” He made the comments at New York City’s Edwards A. Reynolds West Side High School.

Speaking of his wife, 2016 Democratic presidential candidate Hillary Clinton, the former president said, “You know my candidate didn’t win. I think it was a big mistake for America. But that’s how the Electoral College works so now we’re going forward.”