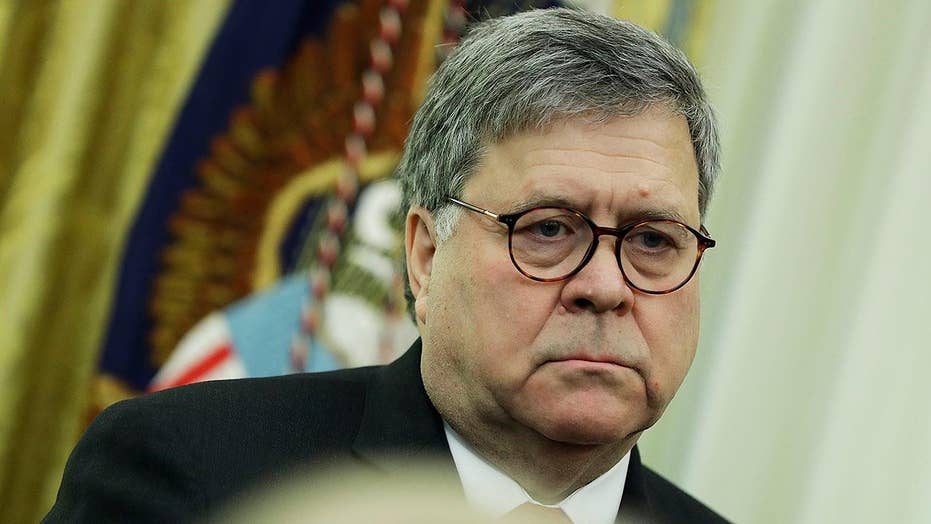 Attorney General William Barr publicly disagreed with the Justice Department’s inspector general, Michael E. Horowitz, on Monday following the release of a long-awaited internal review that concluded the FBI had sufficient reason to launch the extensive Russia probe involving the Trump campaign, although members of the bureau committed some significant errors.

In a statement, Barr shared Trump's views that the initial investigation was invasive and launched on the "thinnest of suspicions."

“It is also clear that, from its inception, the evidence produced by the investigation was consistently exculpatory,” he continued. “Nevertheless, the investigation and surveillance was pushed forward for the duration of the campaign and deep into President Trump’s administration.”

Trump spent the majority of the investigation blasting the FBI and accusing bureau leaders of conspiring to ruin his presidency. Former FBI bosses James Comey and Andrew McCabe did not act with political bias, the IG found.

U.S. Attorney John H. Durham, whom Barr appointed to run a separate investigation into the origins of the Russia probe, backed his attorney general.

Barr disagreed, saying the FBI misled the FISA court in a “rush to obtain and maintain FISA surveillance of Trump campaign associates.”

He continued, “FBI officials misled the FISA court, omitted critical exculpatory facts from their filings, and suppressed or ignored information negating the reliability of their principal source.”

The report faulted the FBI over errors in the application process. The IG investigation found at least 17 “significant inaccuracies and omissions” in the Page applications and said a new audit into the FISA process would take place.

Horowitz and investigators were critical of the FBI's handling of the case, including for failing to share information that could have contradicted allegations in the FISA applications.

“[T]he Crossfire Hurricane team failed to inform department officials of significant information that was available to the team at the time that the FISA applications were drafted and filed,” the report said.

Barr said the FISA report showed a clear abuse of the surveillance process.

“While most of the misconduct identified by the inspector general was committed in 2016 and 2017 by a small group of now-former FBI officials, the malfeasance and misfeasance detailed in the inspector general’s report reflects a clear abuse of the FISA process,” the attorney general added.

“FBI officials misled the FISA court, omitted critical exculpatory facts from their filings, and suppressed or ignored information negating the reliability of their principal source,” he added. “The inspector general found the explanations given for these actions unsatisfactory.”

The release of the IG report came as Democrats have been leading an impeachment inquiry into Trump's dealings with Ukraine.