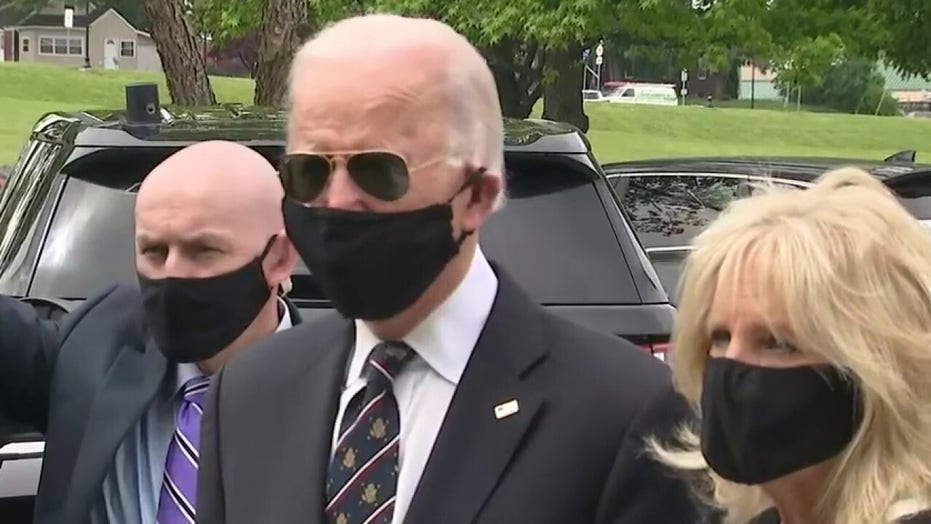 Joe Biden says he will announce running mate by August

Several chapters of the College Democrats are refusing to support Joe Biden in his bid for the White House following sexual assault allegations brought forth by Tara Reade, who was a young staffer in his office nearly 30 years ago when Biden was a senator.

BIDEN SAYS HE HOPES TO ANNOUNCE VP PICK AROUND THIS DATE

Biden has denied the allegations, however, College Democrats are calling for "an independent, nonpartisan investigation of the claims," the Washington D.C. chapter said in a statement in early May.

The group said it will "seek to reaffirm our commitment to supporting survivors of harassment and assault. We do not issue this statement lightly, as we believe that the accusations against Mr. Biden are both credible and extremely relevant in his bid for president."

Reade has alleged that in 1993 when she was 29 years old, Biden forcefully kissed her while he put his hands under her clothing and penetrated her with his fingers.

"We stand with the party in solidarity with the #MeToo movement which was best evidenced by the support for Dr. Christine Blasey Ford when she testified against Justice Brett Kavanaugh’s confirmation," the group said.  "If Democrats take pride in proclaiming that justice must prevail for Dr. Ford and even passionately insist that victims cannot be dismissed, then we must apply the same scrutiny to former Vice President Joe Biden."

Biden has said the encounter "never happened," and he has received the continued support of prominent women and Democrats in his caucus.